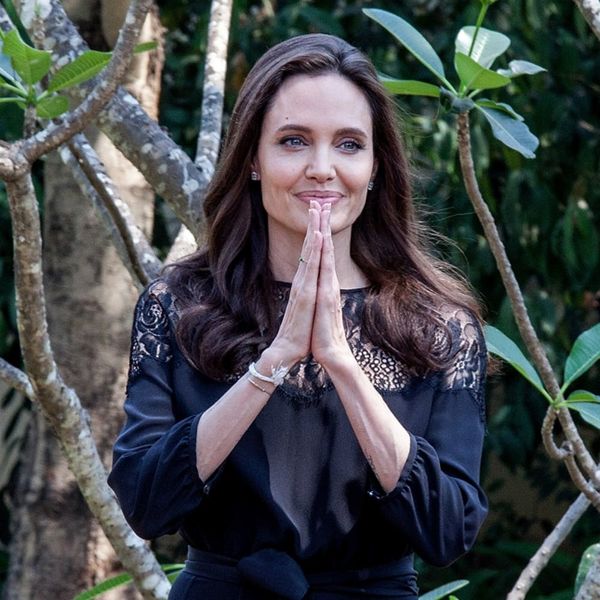 Nothing could have prepared any of us for 2016’s biggest celebrity split — the end of Brangelina. It wasn’t just a shocker after 12 years together, it was also an absolute mess. There were allegations of abuse (including a video that supposedly showed said abuse and extended the court case) and questions of custody to boot. We’ve waited for five long months for word from either camp on the divorce, and now, Angelina Jolie has finally said something about her awful year that breaks our hearts.

While in Cambodia this week for the premiere of her latest film, the activist and actress spoke out about the effect of 2016 on her family. She described the last few months as “very difficult,” adding that she understands that many people have suffered through similar issues.

“My whole family [has] all been through a difficult time. My focus is my children, our children. We are and forever will be a family and so that is how I am coping. I am coping with finding a way through to make sure that this somehow makes us stronger and closer.”

Honestly, it’s really refreshing to see a parent not speaking negatively about their ex in public, even after so much animosity. It seems as if, at least for Angelina, the priority is to ensure that the six Jolie-Pitt kids are happy and healthy. While it can be helpful to be honest about what’s happened (and any feelings she may have would certainly be valid), it’s also helpful to move forward with positivity, and we admire her for doing so.

Kat Armstrong
Kat has been a writer, social media maven and mom for longer than she's willing to admit. She's also spent time in front of and behind the camera, interviewing celebs, politicians and acting as a producer for fashion and artistic photography shoots. When she isn't writing for various orgs and publications, she's hanging with her kids, husband and French Bulldog, Peter, in Toronto, Canada.
Celebrity Breakups
Celebrity News
Celebrity Breakups