Woah, Did Angelina Jolie Just Get Even *More* Badass? 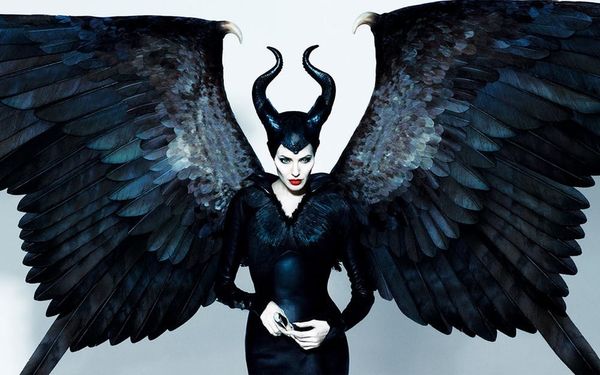 We fell under Angelina Jolie’s spell way before she crowned her head with horns to play the title role in Maleficent. Sure, we’re wow-ed by her enigmatic presence that lets her slip into blockbuster roles better than almost any other A-lister, but what’s most impressive about the Oscar winner is that she’s just as brash, bold and brave off-screen as she is in her action-packed flicks. Badass? We think so! Here’s why we love Hollywood’s sultriest muse aka our most badass role model:

1. She can wear leather ANYTHING: When was the last time you actually thought about investing in a pair of leather pants or that you desperately needed a leather pencil skirt in your work wardrobe rotation? Probably the last time you saw them on Angelina, which was probably the last time you were at the supermarket. She’s got a collection to rival that of any punk rocker, wears it as her second skin, and can make anything made out of the edgy material look totally posh, even a strapless floor-length ball gown.

2. She saves the world, on-screen and off: We’ve cheered her on as she busts brutes and bad guys in iconic movie roles like Lara Croft and Agent Evelyn Salt (we’re slowly but surely making it through our Netflix queue “Movies With a Strong Female Lead”). But it’s Angelina’s actions IRL that really deserve the applause. She’s a special envoy for the United Nations High Commissioner for Refugees and has received several honors for her array of humanitarian efforts that include meeting with refugee families in Lebanon and Turkey.

3. She’s a serious stunt lady: Angie smirks in the face of danger, which on-set is, like, always. She insists on doing her own stunts: She’s jumped off bridges and onto moving trucks for her spy thriller Salt, careened through the air on wires as the evil fairy Maleficent and did a whopping 80% of the tomb raiding as Lara Croft.

4. She has an inner thigh tattoo: Some leading ladies are obsessed with closet space, but not Angie — she’s got a thing for tattoos (she’s even traveled all the way to Thailand just to get tatted up. You know that gorgeous Buddhist prayer on her shoulder blade? That’s the one!). It’s no secret that Angelina is one of the most inked A-listers around, but we were floored to discover that she’s got a tat on a part of her body that’s so, so off-limits for almost every woman out there: her inner thigh. We bow down.

5. She can ham it up for the camera: In a photo shoot with Marie Claire, Angelina revealed a huge secret: That under her smoldering gaze lies a total goofball. Of course, as a mother of six spunky kids and in <3 with the guy who’s besties with notorious prankster George Clooney, she had to be! But we love that she’s finally letting it show.

6. She’s a super cute mom: Oh yeah, we kind of glazed over that whole “mother of six” statistic, but Angelina is a real family gal, proud mama to the 12-and-under gaggle of Maddox, Pax, Zahara, Shiloh, Knox and Vivienne. She’s known for bringing the entire Jolie-Pitt gang to set with her so that she can have her mommy moments in between takes… and even some on-screen! That’s 5-year old Vivienne as young Princess Aurora in Maleficent.

7. She has her pilot’s license: Not only has Angelina flown herself to red carpets all over the globe, but she did it in one of the world’s fastest single-engine aircrafts: A red and white Cirrus SR-22 plane. And if that’s not cool enough, just wait till you read the reason she got into flying in the first place: To impress her son, Maddox. Cue the awws!

8. She’s an inspiration: In a New York Times op-ed piece called “My Medical Choice,” Angelina revealed that she underwent a double mastectomy after tests found she had a high risk of developing breast cancer. The column was shockingly honest, full of real talk about all that surrounded making the call to undergo the preventative procedure, from putting her children’s interests first to being supported by her better half through the tough transition. All of it was written to inspire women to take action + make informed medical choices. She concluded with a truly empowering line: “Life comes with many challenges. The ones that should not scare us are the ones we can take on and take control of.”

Are you just mad about Angelina? What is it about the actress/director/mother/humanitarian that wows you most? Tell us in the comments below.