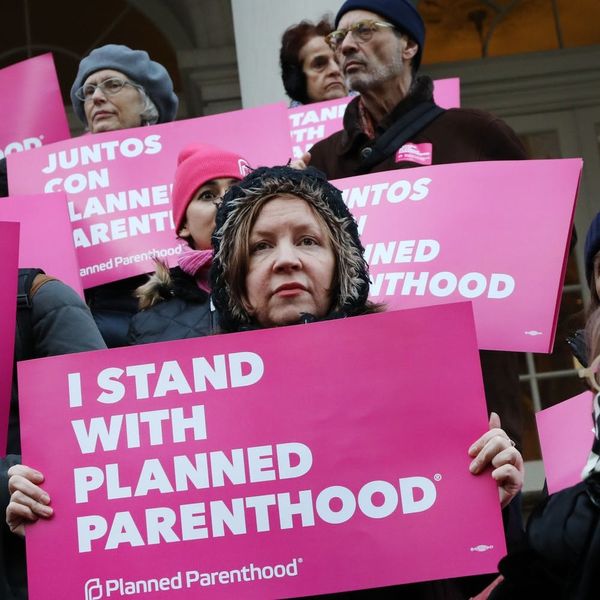 Republicans in Ohio have aggressively pushed an anti-abortion agenda for years, and now have the judicial backing to bring related policy measures to fruition.

The US Sixth Circuit Court of Appeals decided on Tuesday, March 12, that Ohio can cut state funding to Planned Parenthood because the organization provides abortion services. The decision upholds a 2016 Republican-backed law that Planned Parenthood promptly challenged in court.

Slate writer and lawyer Mark Joseph Stern tweeted on Tuesday that four of the 11 judges who voted to uphold an Ohio law that permits cutting state funding to Planned Parenthood were appointed by President Trump, demonstrating the critical blows his presidency is dealing to reproductive health care and abortion rights.

All the highlighted judges in the majority were appointed by Trump. pic.twitter.com/oflfUxTXd4

Though the legislation highlights Republican efforts to go after abortion care, the law will have much wider public health consequences. Because Planned Parenthood offers diverse health care resources, the impacts of this legislation will make it more difficult for low-income families and individuals to access health care services across the state of Ohio.

President and CEO of Planned Parenthood of Greater Ohio Iris E. Harvey also weighed in. “This is a devastating blow for people across Ohio,” she said via a statement. “This law is an attack on health care access for the most at-risk communities in our state, including people of color, women, and the LGBTQ community,” .

As noted on the Planned Parenthood of Greater Ohio website, the organization runs 19 health centers around the state, mostly in or near major cities such as Toledo, Columbus, and Cincinnati. And according to the statement released Tuesday, Ohio Planned Parenthood clinics served more than 80,000 patients in 2018 alone.

“To our patients, please know that we are here, our doors are open, and we will never stop fighting for you,” Harvey added.

The severely restrictive anti-abortion law would completely forbid abortion as soon as a fetal heartbeat is detectable, which can happen as early as six weeks into a pregnancy. Many people do not even know that they are pregnant until after the six-week mark; this law, if passed, would make it impossible for those people to legally get an abortion if they wanted or needed one in Ohio. If the legislation is successful, it will be one of the strictest anti-choice abortion laws on the books in the United States.

Ohio has been at the forefront of reactionary, harmful anti-choice policy. At one point recently, Ohio Republicans considered “heartbeat ban” legislation that included the possibility of the death penalty as punishment for doctors who perform abortion and patients who get abortions. That particular aspect isn’t included in the legislation currently on the table, but it gives an idea of how far some Republicans in Ohio are willing to go in order to chip away at reproductive health care.

According to Cleveland.com, the influential anti-abortion group Ohio Right to Life opted not to support this legislation until Trump changed the makeup of federal courts, thus creating an easier pathway to further restrictions on reproductive health care.

There is still a chance that the case affecting Planned Parenthood will make it to the US Supreme Court. But this and other suits seeking to protect waning abortion rights around the country are very unlikely to meet a happy fate. The Supreme Court is now also stacked with conservative, anti-abortion justices, including two that were recently nominated by Trump.

Elizabeth King
Elizabeth King is a politics, history, and culture writer based in the Twin Cities. She is generally pretty cranky but still enjoys traveling, music from the early 2000's, and plotting the resistance. Feel free to say hi on Twitter at @ekingc or check out some of her work at www.elizabethcking.com.
Controversy
Politics
Controversy Politics Womens Health