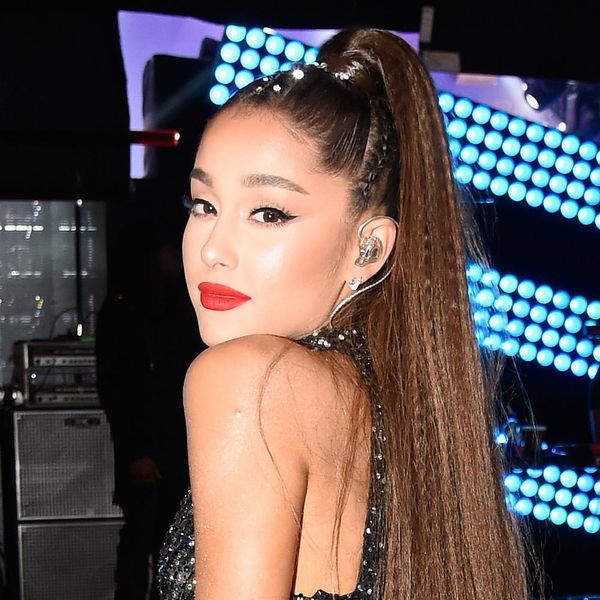 Ariana Grande and Pete Davidson nearly broke the internet earlier this week with the news that they had become engaged after only a few weeks of dating. Now, the couple has jaws on the floor once more, thanks to the stunning rock that we can now confirm is the “No More Tears Left to Cry” singer’s engagement ring.

Jeweler Greg Yuna (AKA Mr. Flawless) has confirmed to multiple outlets including E! and TMZ that he did indeed design the 3.03 teardrop-shaped rock the musician has been sporting on her finger since the beginning of June.

According to Yuna, he was unaware of the recipient when he crafted the $93,000 platinum piece. “Pete called me at the end of May and said, ‘Look, I’m getting a ring. This is what I want.’ And I told him that I had the right ring for him. He didn’t tell me who it was for but told me to keep it a secret. He didn’t tell me anything about it,” he told E!

Fans unknowingly got their first glimpse of the pear-shaped bauble surrounded by smaller halo diamonds, which Yuna says took two weeks to make, on June 2, when Grande performed at the iHeart Radio and 102.7 KIISFM Wango Tango concert in LA.

The couple headed to the happiest place on Earth, Disneyland, with Grande’s brother and mom Monday to revel in their big announcement.

Congratulations to the bride and groom-to-be!

What do you think of Ariana’s new stunner? Sound off over @BritandCo.

Nicole Briese
Nicole is the weekend editor for Brit + Co who loves bringing you all the latest buzz. When she's not busy typing away into the wee hours, you can usually find her canoodling with her fur babies, rooting around in a bookstore, or rocking out at a concert of some sort (Guns N' Roses forever!). Check out all her latest musings and past work at nicolebjean.com.
Celebrity Couples
Wedding Style
Celebrity Couples Celebrity Engagement Engagement Engagement Rings Rings
More From Wedding Style