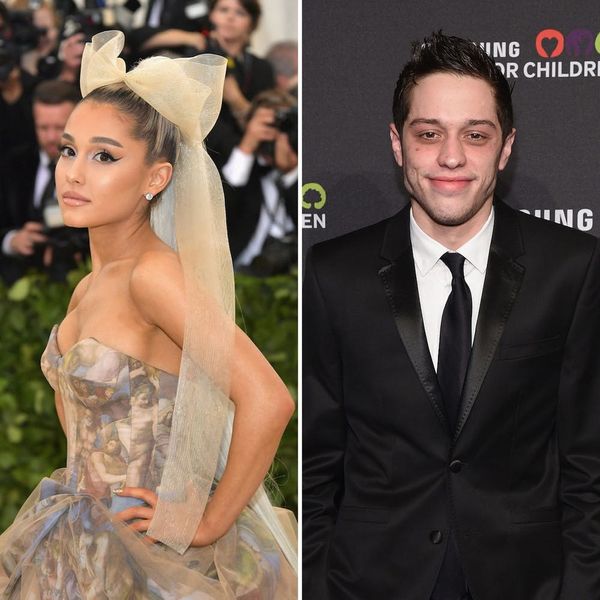 It looks like congratulations are in order for Ariana Grande and Pete Davidson! According to reports from multiple outlets, including People magazine, the stars are engaged after just a few weeks of dating.

Neither Grande nor Davidson has commented on the reports, but the “No Tears Left to Cry” singer tweeted, “i love u … sm … ok bye,” with a bunch of monkey emoji after the news first broke.

The singer and the Saturday Night Live star, both 24, have been linked since May, after Grande broke up with rapper Mac Miller and Davidson split from his longtime girlfriend Cazzie David. The new couple made their relationship Instagram official on June 1, when Davidson shared a photo of himself and Grande wearing Harry Potter robes. “The chamber of secrets has been opened…” he captioned the pic.

Grande followed that with a post of her own — a photo of her new man giving her a kiss, which she captioned, “i thought u into my life woah! look at my mind.”

Since then, they’ve continued to pop up on each other’s Instagram accounts, discussing Harry Potter facts, attending Kanye West and Kid Cudi’s Kids See Ghost listening party, and just generally looking adorable together. Davidson even got a couple of tattoos in Grande’s honor: a bunny mask like the one she wore for her 2016 Dangerous Woman album, and the initials “AG” on his thumb.

Do you have any tattoos for people in your life? Let us know @BritandCo!