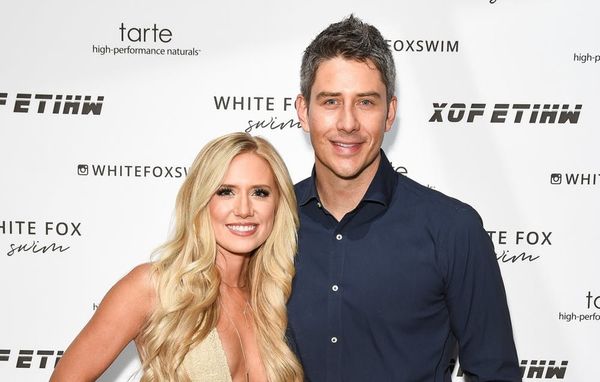 Bachelor stars Arie Luyendyk Jr. and Lauren Burnham officially tied the knot in Hawaii on Saturday, January 12, in a dreamy, romantic wedding that took inspiration from an unlikely source — the Twilight movie franchise.

“Almost every inspiration photo that Lauren would text to me would be from the movie [Twilight: Breaking Dawn],” wedding planner Kimiko Hosaki of K.H & Co. told Us Weekly.

Breaking Dawn Part 1, which was released in 2011, famously featured the wedding between Bella (Kristen Stewart) and Edward (Robert Pattinson). While Hosaki didn’t share any of the specific movie-based influences the bride wanted for her own big day, Burnham told Us Weekly that her vision was executed perfectly. “I loved it so much; it looked like a dream in there.”

As previously reported, the reality TV personalities wed in an outdoor ceremony at the Haiku Mill in Maui, Hawaii, surrounded by lush greenery and white fairy lights. Several of the couple’s Bachelor Nation friends attended, including Catherine Giudici and Sean Lowe, and, of course, Bachelor host Chris Harrison, who also officiated the ceremony — and admitted to getting emotional throughout.

“I was like, ‘Oh, crap! I can’t be choked up when I start this wedding. I’ve got to be professional!” Harrison told Us Weekly of first seeing Burnham walk down the aisle. “The overwhelming feeling was love and togetherness, and that’s what you want at a wedding. I think they are perfect together, and I was happy to be even a small part of this.”

Burnham and Luyendyk Jr. got engaged on The Bachelor‘s After the Final Rose special in March 2018. As fans of the reality franchise know, Luyendyk first proposed to — and then broke up with — Becca Kufrin at the end of season 22 before then popping the question to runner-up Burnham. The newlyweds are expecting their first child, a baby girl, in June.