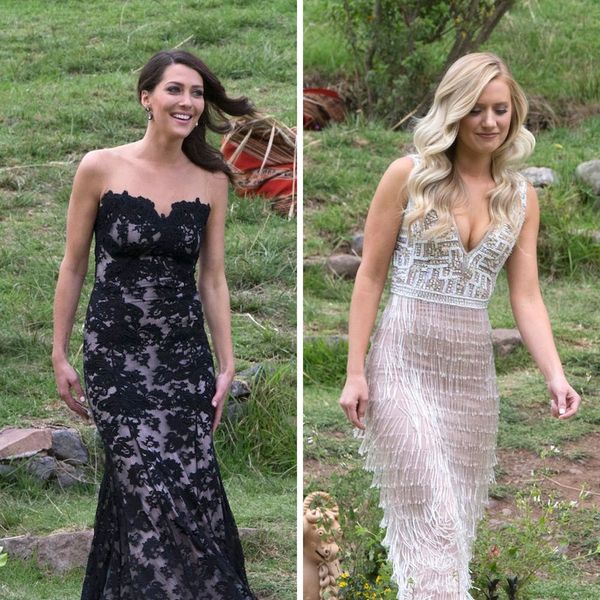 Well, friends, the rumors were true. After a mostly uneventful season — save for Becca’s ex-boyfriend showing up last week — Arie Luyendyk Jr. ended his search for love in spectacular fashion on Monday, March 5. And by spectacular, we mean, well… keep reading. Chris Harrison was not lying when he said this was “truly the most dramatic ending in Bachelor history.” But we’d replace “dramatic” with “infuriating” or “appalling.”

Remember Jason Mesnick? Of course you do. But here’s a recap of his controversial finale anyway. (It’s relevant, we promise.) Jason said goodbye to Molly Malaney at the end of his Bachelor season in 2009, choosing instead to propose to Melissa Rycroft. Then, during his live After the Final Rose special, he said he’d made a mistake, and he proceeded to break up with Melissa — on camera — and beg Molly for another chance.

It was a first in franchise history. But apparently not a last.

Tonight, we watched Arie repeat the mistakes of his predecessor, but on a much bigger scale. (Aren’t you supposed to learn from the past, not put your own, even-more-terrible spin on it?) After sending Lauren Burnham home with a broken heart and proposing to Becca Kufrin, Arie started to second-guess his decision. But let’s back up to how he made that decision.

At the beginning of tonight’s three-hour finale, Arie brought his family to Peru to meet both ladies. Lauren was up first, and despite Arie’s concerns that she would be too in her head, she charmed the whole group. So much so, in fact, that when Becca met them the next day, everyone brought up Lauren in their conversations with her. (“Lauren and I are so different. It’s like trying to compare an apple to a starfish,” Becca lamented in a confessional.)

Afterward, Arie’s family gave him their thoughts on the women, saying that as much as they loved Lauren, they thought Becca was better-suited to him and his future.

With that in mind, Arie embarked on his final dates with the ladies. Once again, Lauren was up first. She and Arie went to Machu Picchu, where they explored the Inca ruins and made out on a train, on the side of a mountain, in the fog — basically everywhere.

Prior to their date, Arie was feeling pretty confident in his relationship with Becca, but the more time he spent with Lauren, the more he realized he didn’t actually know what he wanted. “If I had to propose this second, it would be [Lauren],” he admitted.

But wait! Don’t count Becca out just yet. Her final date with Arie went well, too. She even put together a scrapbook of their journey together, with open spots for pictures of their future children. Seeing that reminded Arie of what they had built together — and what they could build in the future.

So, after a lot of hand-wringing and soul-searching, Arie made his choice and picked out a ring — for Becca.

Before he could propose, though, he had to say goodbye to Lauren, who rightfully pointed out on her ride home that maybe getting engaged wasn’t the best idea for someone who was in love with two women. Foreshadowing, perhaps?

Don’t worry — we’ll get there. But first, an (ill-advised) engagement. As rumored, Arie got down on one knee and asked Becca to marry him, saying, “I choose you today, but I choose you every day from here on out.” Those words are going to come back to haunt him, and us, in a big way.

After Peru, Arie and Becca returned home to date in secret. Things were going well at first, at least as far Becca knew, but Arie couldn’t get Lauren out of his head. It got so bad that he decided to call off his engagement to Becca during one of their so-called “happy couple” weekends. Brutal, on so many levels.

The breakup, which aired uncut, went about as well as you might expect, which is to say, not well at all. Becca was understandably angry — as are viewers, judging by the reactions on Twitter — and Arie handled the whole thing terribly, starting with letting producers film it.

Which brings us to this: Why did he let them film it? This should have been a private conversation. Becca signed up for the show, but she did not sign up to have her terrible fiancé break her heart on camera after the fact. And we, as viewers, didn’t sign up for it, either. This was not good TV — this was exploiting someone’s pain for entertainment. There’s a line between the two. And this crossed it.