Arie Luyendyk Jr. and Lauren Burnham Reveal the Sex of Their Baby 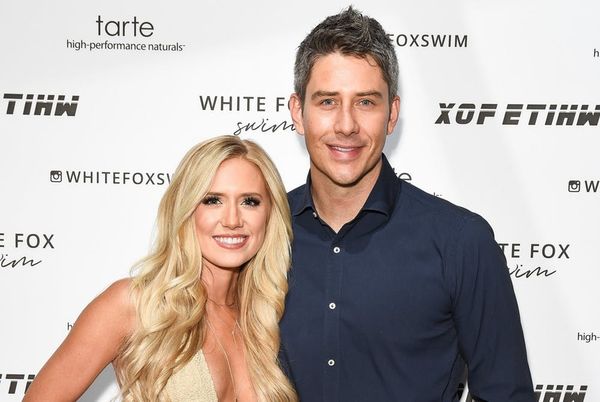 Arie Luyendyk Jr. and Lauren Burnham have had quite the action-packed few months! In addition to moving into a dreamy modern farmhouse-style home, the Bachelor lovebirds announced they’re tying the knot on January 12 in Hawaii, and they found out they’re expecting their first child. The season 22 star and his fiancée have been posting updates on Instagram about the little one ever since, including how they found out the sex of the baby.

“We actually did the early gender test online, so we took our test at 10 weeks, we got the results back from that, and it was that we were having a boy,” Burnham told Us Weekly. Except, they aren’t. The mom-to-be followed up the early test with an ultrasound at 15 weeks, and the result… wasn’t the same. As it turns out, the pair are expecting a baby girl in June — much to Burnham’s amusement. She said she was “cracking up the whole time.”

Luyendyk, on the other hand, “was very quiet,” the 37-year-old former race car driver told Us Weekly. “The ultrasound tech says, ‘Well. I’m about 98 percent.’ So I still wasn’t convinced after the first time we saw it. We went back to the doctor, went back a few other times and just went back for our anatomy scan. It’s definitely a girl!”

Burnham couldn’t be happier about the news. “I was really nervous to be a boy mom because I just don’t know that I can relate as well, being a woman relating to a little boy,” she admitted. “I have a little brother, and he’s so sweet and I love him to death, but sometimes I don’t really understand why he acts that way he does. I’m feeling a lot more confident in being able to be a girl mom first!”

Barbara Pavone
Barbara Pavone is a pop culture-obsessed writer based in beautiful (but ridiculously cold) Montreal, Canada. When she's not working, she's sipping on a Pimm's Cup and daydreaming about her celebrity hero, Saint West.
Celebrity Baby
Celebrity News
Celebrity Baby The Bachelor