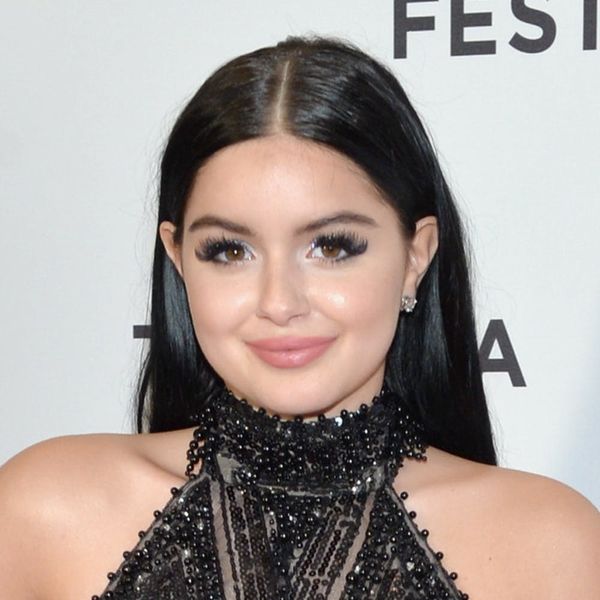 When Ariel Winter showed up for a screening and panel with her fellow Modern Family co-stars this week, she looked amazing in what she chose to wear. Wearing a short gold cocktail dress with sheer cutout panels, frankly, she’d look right at home beside (and could totally rival) any of the Kardashian-Jenner sisters. But not everyone was feeling the love for the actress’s look, and plenty of folks decided to express their nasty opinions without any hesitation. But now, the 19-year-old has responded to the criticism in a graceful (and totally mature) way.

Granted, she may have been WAY more dressed up than everyone else. But… is that really a big deal? Ariel Winter certainly doesn’t think it should be. At least, not to anyone who isn’t her very own self.

Taking to Instagram to address the situation, Ariel sent a message to fans, saying, “Why TF does anyone care that I didn’t dress casual like everyone else for the panel? Why do I have to be like everyone else? Why can’t people just let people feel good about themselves and do what they want? WEAR WHATEVER YOU WANT PEOPLE! As long as you feel good about yourself that’s what matters. I know I did. Don’t ever let anyone stifle who you are and how you express yourself. Rant over :)”

Adding a giant thumbs-up emoji to the pic, it’s pretty obvious what Winter thinks about the criticism of her outfit, and we’re sure you’ll totally applaud every word (and emoji).

What do you think about Ariel Winter’s response to the criticism about her outfit? Let us know @BritandCo!

Desiree O
Desirée O is a ‘Professional Bohemian’ who loves anything and everything related to the arts, entertainment, and pop culture. She ADORES being a ‘Newsy’ for Brit + Co, covering all of the latest tidbits of awesomeness that you want to read about. When she’s not writing, she’s either making messy art, going on long adventurous walks with her camera, or poking around over at bohemianizm (http://www.bohemianizm.com/). You can find out about Desirée O and her work at http://DesireeO.com/ or follow her on Twitter @DesireeO.
Body Positive
Celebrity News
Body Positive Instagram
More From Celebrity News