Ariel Winter Reveals Why She Isn’t Starting College This Year 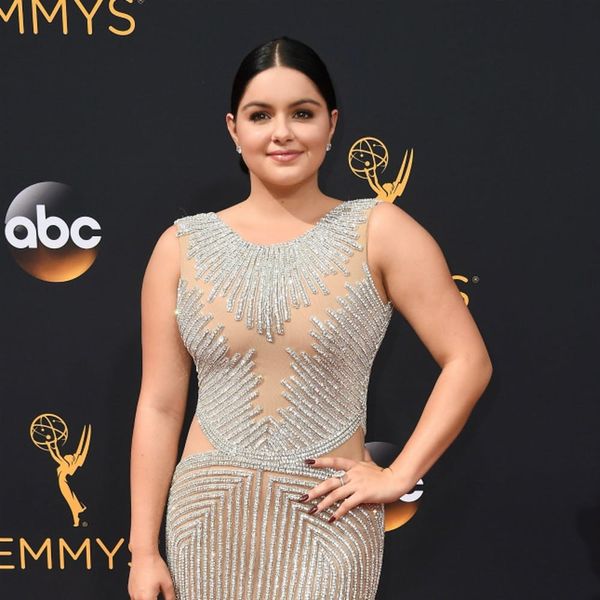 Ariel Winter has to be one of the most down-to-earth actresses in Hollywood. It’s hard enough being a child actor, and Ariel’s been no stranger to drama and gossip of her own, but it seems as if she’s doing just fine while starring on Modern Family. Well, now that the star is gearing up to start college at UCLA this fall, she’s actually pausing her goal for a higher education. It looks like making new friends on campus will have to wait for the body positive actress.

During the Emmys red carpet, Ariel let it spill that, although she was to start school this year, she had to defer her admission to UCLA due to her heavy filming schedule with Modern Family. In her interview with E!‘s Jason Kennedy, she also confirmed that she’d like to go into law.

Ariel rocked the red carpet with her best friend, and talked about the potential weirdness of running into fans of the show while on campus, saying “That’s amazing if somebody is a fan of the show. I’m super grateful for that,” she said. “Definitely doesn’t make it awkward!”

While we can’t wait to see what her story lines look like this season, we’re sure she’s way more excited to start school in 2017!

Did you take a college deferment? Tell us @BritandCo!