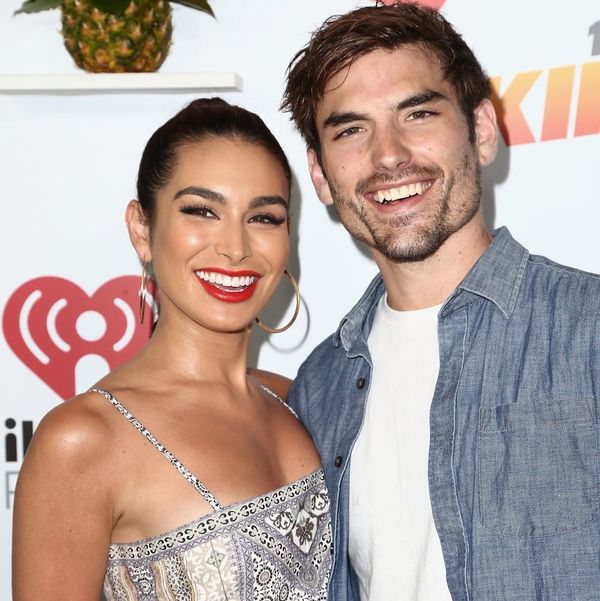 Bachelor in Paradise has resulted in another happily-ever-after! People magazine has confirmed that Ashley Iaconetti and Jared Haibon are engaged.

Three years after meeting on BiP Season 2, it took the couple less than a month of dating to realize that they want to spend the rest of their lives together, and on Sunday, Haibon proposed while in Mexico for the show’s upcoming fifth season. The groom-to-be popped the question on the beach, getting down on one knee while a camera was there to record the entire romantic moment.

While this might seem like a whirlwind romance (despite the fact that the pair has been friends for years), the couple is already comfortable talking about “the future all the time,” Iaconetti said earlier this month at the iHeartRadio KISS FM Wango Tango by AT&T. Although the two weren’t engaged at the time, Haibon added, “I think we just both see each other as lifelong partners, so it’s not scary, for me personally, to call her my future wife.”

Haibon also opened up about their relationship at the annual Nylon Young Hollywood Party last month, telling People, “There’s just this undeniable, magnetic force between the two of us that just is indescribable. Love conquered.”

“As soon as we started dating, we both knew that this isn’t just for us to date as boyfriend/girlfriend — this was more so we were going to date because we see a potential life partner in each other,” he continued. “The thing is, we’ve been so close for the past three years, I just know her inside and out. I know everything about Ashley.”

Season 5 of Bachelor in Paradise will premiere this summer on ABC.

Are you surprised that Ashley and Jared are engaged? Let us know @BritandCo!

Desiree O
Desirée O is a ‘Professional Bohemian’ who loves anything and everything related to the arts, entertainment, and pop culture. She ADORES being a ‘Newsy’ for Brit + Co, covering all of the latest tidbits of awesomeness that you want to read about. When she’s not writing, she’s either making messy art, going on long adventurous walks with her camera, or poking around over at bohemianizm (http://www.bohemianizm.com/). You can find out about Desirée O and her work at http://DesireeO.com/ or follow her on Twitter @DesireeO.
Celebrity Engagement
Celebrity News
Celebrity Engagement Engagement The Bachelor
More From Celebrity News