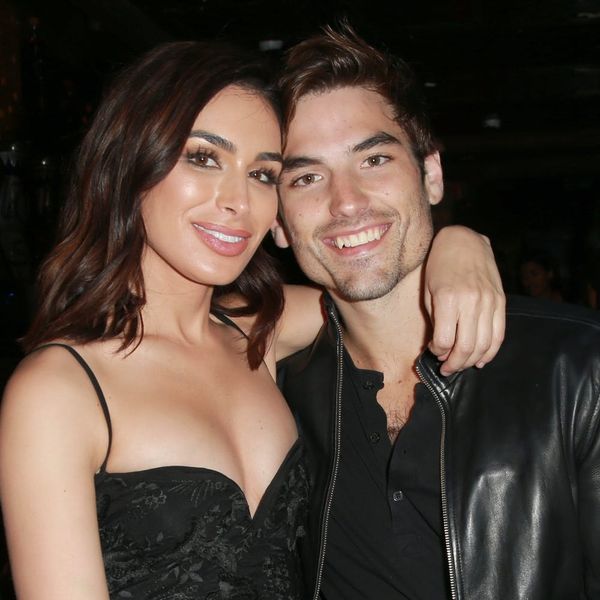 It’s another Bachelor match — but this one took three years to happen! Ashley Iaconetti and Jared Haibon have revealed that they’re happily in a relationship, three years after first meeting on Bachelor in Paradise season 2.

Iaconetti’s feelings for Haibon were clear from the moment they met on BIP, but as the couple explained in an episode of The Story of Us, a web show hosted by Iaconetti in which she talks to couples about their love stories, it took Haibon a lot longer to realize his feelings.

“I’m not gonna lie and say that I was in love with Ashley during BIP. It was a slow build for me,” he said, also admitting that after they broke up and left the show, he didn’t feel like it was over between them.

They remained friends, grew closer, and even tried dating in the years following, but by the time Haibon realized his true feelings for Iaconetti, she was dating Bachelor: Winter Games costar Kevin Wendt. “Sometimes I need a kick in the ass,” Haibon said. “That was a big kick in the ass.”

During a January vacation to St. Lucia with fellow Bachelor alums Tanner Tolbert and Jade Roper, Haibon confessed his feelings, and even though Iaconetti said she was going to give her relationship with Wendt a fair shot, Haibon went for it and kissed her. “I thought, ‘Okay, well that’s everything I’ve ever wanted, but I’m definitely gonna continue dating this other guy,'” Iaconetti said. “I do like him…He’s been all in the entire time and I deserve to pursue somebody else and for somebody else to pursue me after all this time.”

But it didn’t take long for Iaconetti to realize her relationship with Wendt wasn’t going to work out, and in March, they split, saying they lacked a certain magic together. Enter Haibon, who said on The Story of Us that he took three days to write her an emotional love letter, which Iaconetti read “scream-crying, basically alone in my apartment, reading that, just sobbing and sobbing.” They’ve been together ever since.

Bachelor Nation threw their support behind the couple. Ben Higgins tweeted that everyone has “waited so long for this to happen,” while Tolbert summed it up with a dramatic “Finally!!!”

Haibon couldn’t agree more. “I’m living proof that you should listen to your gut, and that it’s not too late,” he said. Watch the happy couple’s full episode of The Story of Us below.

What do you think of Ashley and Jared finally getting together? Let us know @BritandCo!