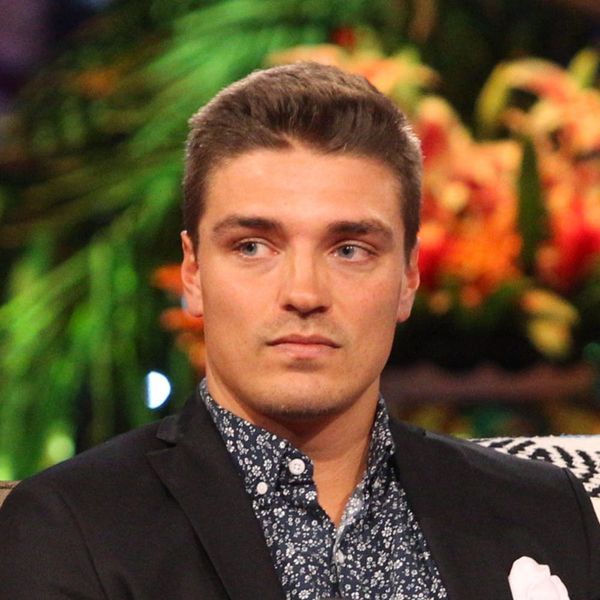 Dean Unglert didn’t have the smoothest ride on this season of Bachelor in Paradise. Even host Chris Harrison called him out for his “unbelievably stupid choices” after he found himself caught up in a love triangle with Kristina Schulman and Danielle Lombard. Now, Unglert is speaking out about his tarnished reputation and the mistakes he made in Paradise.

“In the moment of filming, I didn’t realize what an a**hole I was being,” the 26-year-old admitted to People, adding that seeing himself onscreen has been pretty eye-opening. “Watching it all play back, it makes me realize that I need to change a lot of things about myself before I can actually pursue a relationship.” (That might explain why Arie Luyendyk Jr. is the new Bachelor instead of Unglert, who was a front-runner for the role along with Peter Kraus, Wells Adams, and Eric Bigger.)

“It sucks to come to that realization that what you’ve been doing is just not right,” Unglert continued. “To see how deeply upset Danielle and Kristina both were, it hurt.”

“On the other side of that,” he continued, “it’s kind of annoying how the editing kind of portrayed my relationship with Danielle — that it was purely physical and that there was objectification involved. There was a lot more emotion. While Kristina and I were definitely emotionally attached as well. There was just a lot more to it. But it all boiled down to what I was doing.”

The time since hasn’t gone without reflection, with the former contestant admitting, “People ask me if I regret anything — of course I made a lot of bad decisions while I was there, but I don’t necessarily regret it because had I not done it, I wouldn’t have been able to look back with the perspective of knowing what I did wrong. The negativity is horrible.”

If you wanna see fascinating body language, the love triangle from #BachelorinParadise is on my show today!

Unglert also appeared on The Ellen DeGeneres Show this week, awkwardly seated between Schulman and Lombard while the host grilled him on the romantic mess and pointed out his shady behavior.

While it certainly took guts for Unglert to show up and face the music, he again noted his need to learn from this experience. Perhaps this is a sign that he really is ready to own up to his former ways and change how he handles relationships. Maybe he even still has potential to become a future Bachelor star?

What did you think about Dean Unglert on Bachelor in Paradise? Let us know @BritandCo!