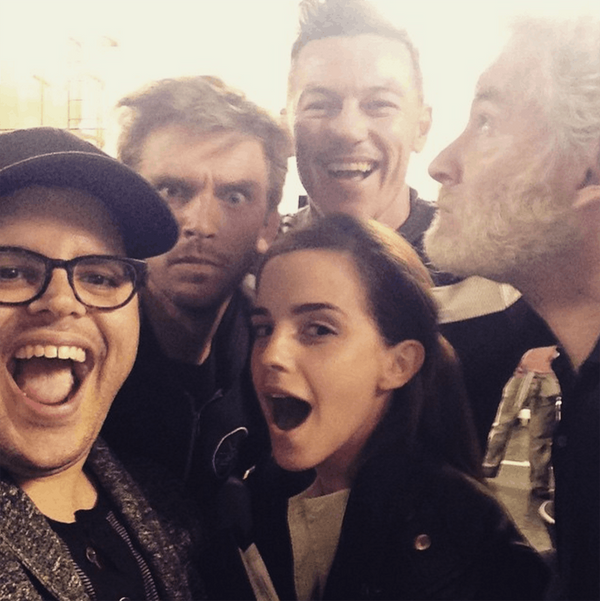 Disney is going hard on creating live-action remakes of their most beloved films. They’ve already done a few classics like Cinderella and Jungle Book but there are a handful of others currently in the pipeline. One we’re not-so-patiently waiting for: Beauty and the Beast starring Emma Watson as Belle.

A few months back Disney shared a teaser trailer for the remake that was VERY teaser-like. Since then we haven’t heard or seen much about the upcoming film, but yesterday Jack Morrissey, the film’s co-producer decided to share a few stills from the production and hot damn. It looks kind of incredible.

Morrissey’s three new screen grab offer a glimpse of the iconic Gaston number, our friends Cogsworth and Lumiere and Dan Stevens as the Beast. The frames are stills from a “Sneak Peek” segment that will accompany the animated film’s 25th-anniversary edition DVD which is set to be released next month. Clever marketing there, Disney.

Now, if Disney could just drop the full trailer for us to watch 10,000 times that would be grrrreat.

Cortney Clift
Cortney is the senior writer and special projects editor at Brit + Co. She typically covers topics related to women's issues, politics, and lifestyle. When she's not buried behind her computer you'll find her exploring New York City or planning her next big adventure.
Disney
Pop Culture
Disney
More From Pop Culture