TV Shows from the ’90s That Are Even Better Today 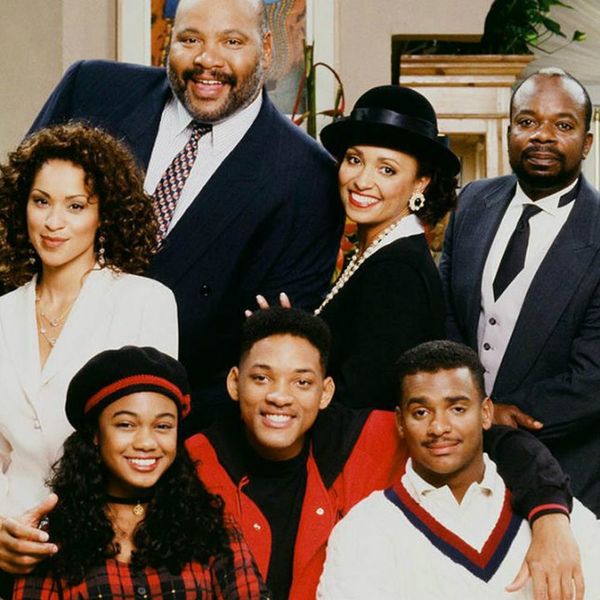 Let’s just all agree: We’ve had excellent taste in TV shows since a very young age. Prior to the days of Scandal, The Good Wife (RIP) and The Mindy Project, we were equally on point in terms of our beloved sitcoms, dramas and America’s Funniest Home Videos reruns. So in the name of nostalgia, let’s revisit five of the best ’90s TV shows that are definitely worth another stream (as are these ’90s movies you need to watch again). Also, to anyone who tries to write off their former ’90s TV passion as a guilty one, count this as total justification. (Unless you’re actually talking about Passions, because that show was bananas.)

1. Roseanne (1988-1997): Every time a Roseanne GIF comes up on Tumblr, I throw my alleluia emoji hands in the air and praise the TV gods that such an accessible series tackled harsh truths. A working mother struggling alongside her husband to make ends meet, Roseanne and Dan’s story was super-familiar to anyone hailing from a blue-collar background. Plus, they created a safe space for their kids to come into their own — like the episode in which Darlene feels pressured to be “girly” and Roseanne tells her to be whatever kind of person she wants.

And we know now how important those messages are — both for parents and for kids maneuvering through adolescence as they try and find themselves. Plus, it didn’t hurt that funny woman Roseanne Barr wrote on all 221 episodes, making her self-titled series groundbreaking for female comedians. Check out all nine seasons on Amazon.

2. Buffy the Vampire Slayer (1997-2003): On days where life seems way too overwhelming, it helps to remember that if Buffy could slay vampires and graduate high school, you can get through anything.

Buffy’s ability to do it all is beyond inspiring, especially when you realize a series about a teenage girl saving the world was a controversial network move upon its release in the late 1990s. Not to mention, it’s a tale as old as time: Buffy, who’s good, battles monsters, who are not. And like Harry Potter or any X-Men or Avenger character, she finds herself doing some massive soul-searching in the wake of who she becomes as she’s called on to fight evil. Which is why it’s fine to still want to be her almost two decades later. Pretend you’re in Buffy’s Scooby Gang while binging the series on Hulu.

3. The Wonder Years (1988-1993): Admittedly, some of us didn’t clue into The Wonder Years until it was well on its way out. But that was fine, since at the time we were hung up on the saga of Kevin and Winnie, two childhood sweethearts who made us believe that love conquered all.

Which it did, but differently. The series ends with (spoiler alert) viewers learning Winnie and Kevin married other people, but that they’ve remained the best of friends. Because love isn’t just dating and marriage, love is friendship and family and a whole lot of other relationships. Good luck getting through an episode as an adult without breaking down and sobbing. Now that we’ve all experienced a thing or two, those 22-minute episodes hit home real quick. Grab a tissue before re-watching Kevin learn life’s hard lessons on Amazon.

4. My So-Called Life (1994-1995): Frankly, Angela Chase had it figured out better as a teen than some of us do IRL. She understood that growing up is tough, dating can be brutal, liking the wrong guy can be even worse and that friendship can both help and complicate things.

Arguably, My So-Called Life is a prep course for teen and adulthood. Only it’s a little more messy, since the rest of us don’t usually have to see our crushes at school. And none are of Jared Leto’s undeniable heartthrob status. The show was in and out of our lives quickly after just one season, but thankfully Amazon has it available for streaming.

5. The Fresh Prince of Bel-Air (1990-1996): It’s not a ’90s-centric list of anything without the mention of Will, the teen who got in trouble in Philly and began his life anew in California. As kids and teens? The show is a dream come true: Will doesn’t really fit in, his family is equal parts wonderful and hilarious and Carlton dances better than anybody on the planet ever has (or ever will).

But re-watching is even better. Sure, we can catch “grown-up” jokes we may not have before, and Will’s charm never gives up, but his journey to begin reconciling why his father left him and who he can become now that he’s been given another chance isn’t just super emotional, it’s downright inspiring. Uncle Phil is a compassionate, kind and important family leader, Hilary is my idol and Carlton is an underdog struggling with his identity. The only thing we need? Both Aunt Vivs. Well, and also the full series on Amazon.