The 10 Best Card Games to Play This Weekend 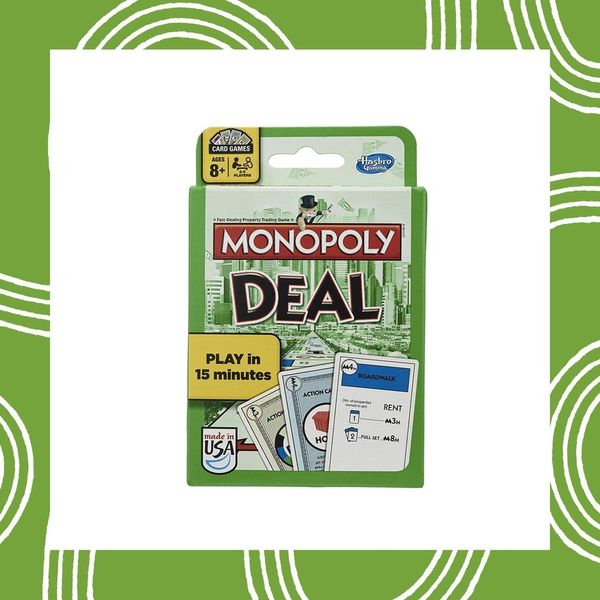 It’s nearly impossible to turn down a good card game when hanging out with a group of friends — but it’s especially hard to say no to a card game that will have you laughing the night away. Luckily, there’s no shortage of great options available. These games will have your friends begging for another round. Ready, set, play!

This brain teaser is mental exercise and a game all in one. You have five seconds to name three things in whatever category is drawn. Think fast!

The scenario of this game is hilarious: Someone has died, and you want all their stuff. Get ready to fight your friends for the goods.

When the name alone is enough to make you laugh, you know it’s good. The goal is to assemble an army of unicorns (your friends), and believe us: Friendships will be made — and broken.

How quick-witted are you? You’re about to find out. This game has players draw a card and place it face up on the table. When two symbols match, the players race to guess categories listed on their opponent’s card.

Who doesn’t love Monopoly? The card game version is perfect for taking along on trips — and it’s faster than the original, too.

What Do You Meme?

Are you ready to show your friends and family members why you’re the meme queen? This game has players compete to match one of their caption cards to a photo that they draw.

Everyone’s played Cards Against Humanity, so it’s definitely time to upgrade to absurdity. This expansion pack contains 300 cards that the game makers say are the weirdest they’ve ever written.

We love a good pun, so it’s no surprise we love this game. For Joking Hazard, three or more players compete to build to the best comic.

If you love rummy, this game is for you. This five-suited game has a rotating wild card, and it will definitely deliver hours of fun.

If you think this game’s name is funny, wait until you hear the premise. The “evil butt” has stolen all of the toilet paper in the universe and it’s your job to win it back. Victory is yours if you collect enough toilet paper. Start rolling!
Brittany Loggins
Brittany Loggins is a freelance writer who covers lifestyle topics including health, travel, home, parenting, and more. She loves comedy and dogs, and will still defend the season finale of Lost if asked.
Games
Gifts
Games Goods