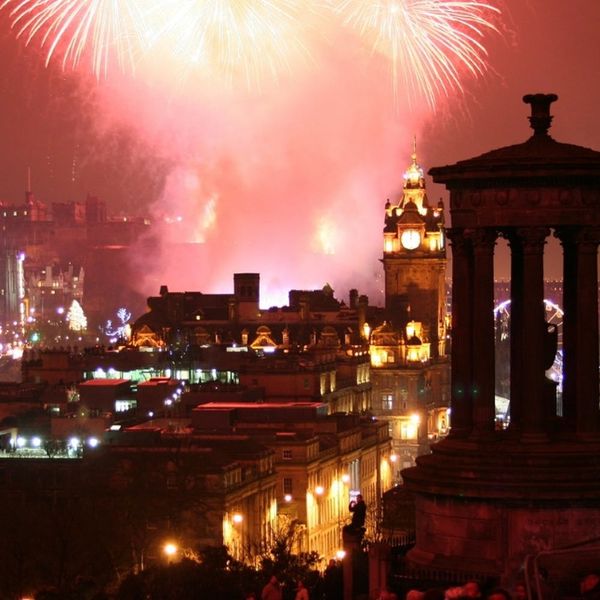 It seems like only yesterday we were slogging through summer’s most brutal heat, but winter is right around the corner. While fall’s temps are perfect for pumpkin picking and leaf jumping, the real fun begins once those white flakes start falling from the sky and vacation time hits. Pack your bags and don’t forget your extra scarf, ‘cuz you’re gonna want to visit all of these crazy cool winter festivals from around the world.

1. Sapporo Snow Festival, Sapporo, Japan: It turns out Elsa isn’t the only one who can produce a magical winter wonderland made out of ice. The Sapporo Snow Festival in Japan is renowned for its large, dazzling ice sculptures, which are lit up at night. The festival attracts around two million visitors for its seven-day ode to ice and snow. The festival consists of three sites — Odori, Tsudome and Susukino — and fun-filled activities include large snow slides, snow rafting and a photo op with the Ice Queen. Plus, the magnificent ice sculptures serve as pretty rad backdrops for concerts. The upcoming Sapporo Snow Festival will be held February 5-11. (Photo via lathosjp/Flickr)

2. Fur Rendezvous Festival, Anchorage, AK: Known as “Fur Rondy,” or simply “Rondy,” the Fur Rendezvous Festival is an Alaskan tradition that dates back to 1930. What began as a three-day sports tournament has since evolved into a ten-day festival that draws national and international visitors each year. Still, some events have withstood the test of time, including the Rondy Fur Auction, the Blanket Toss and the World Championship Sled Dog Race. Other highlights include the Rondy Carnival, Grand Parade and Running of the Reindeer. The upcoming Fur Rondy will be held February 26 to March 6. (Photo via Orloskaya/Flickr)

3. Hogmanay Festival, Edinburgh, Scotland: Scotland knows how to welcome the new year in the best kind of way: with three glorious days of celebratory events. On opening night, see Edinburgh by firelight, and join thousands of torch carriers in a procession led by the Shetlands Up Helly Aa’ Vikings and massed pipes and drums. On New Year’s Eve, enjoy a street party with four live music stages, hourly fireworks displays, giant screens and rides and attractions. The best part? Thousands of people joining hands and singing Auld Lang Syne at the end (or beginning?) of the night. The upcoming Hogmanay Festival in Edinburgh will be held December 30, 2015 – January 1, 2016. (Photo via rjshade/Flickr)

4. Carnevale, Venice, Italy: In Venice, winter is the season of the mask. From parades on canals to candlelit dinners and party cruises, Venice becomes one large, ornate party. If you’d rather spend your time in fabulous period costumes and dance quadrilles from the eighteenth century, consider going to Venice from January 23 to February 9. (Photo via stawarz/Flickr)

5. Winterlude, Ottawa, Canada: Ottawa holds an epic winter festival for three weekends in February that pays homage to Canadian culture and boasts the world’s largest skating rink and North America’s largest snow playground. Get to know downtown Ottawa in the best way: by skating the historic Rideau Canal, which extends nearly five miles. Check out the Snowflake Kingdom playground, where you’ll find lots of Canadian-inspired activities and marvel at the ice sculptures at Confederation Park when they are lit up at night. The upcoming Winterlude will be held January 29 to February 9. (Photo via Jamie McCaffrey/Flickr)

Are you heading to any winter festivals this year? Did we miss your favorite? Let us know in the comments below!

Anna Medina
Anna Medina is an event coordinator and freelance writer living in the Bay Area, CA. She appreciates all forms of artistic expression and creativity and firmly believes that everyone has an inner artist just waiting to break free. She studied English with Creative Writing and Iberian and Latin American Cultures at Stanford, where she would have preferred to spend all her time there waltzing.
Christmas
Travel
Christmas Face Masks Winter
More From Travel