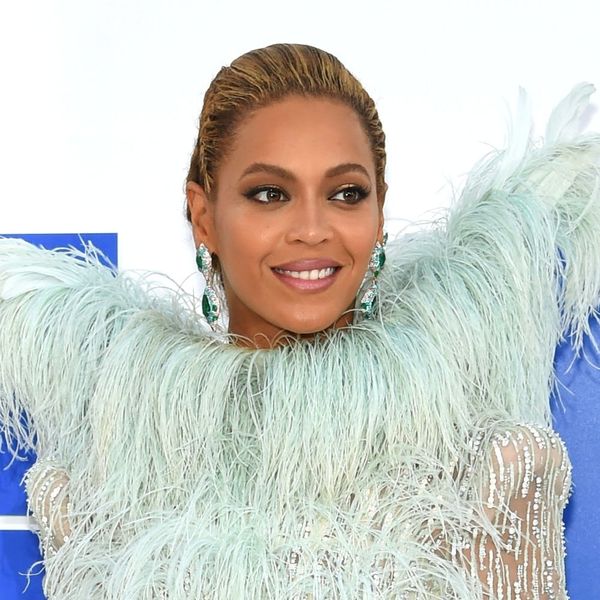 When Beyoncé released her Lemonade visual album, she graced the world with the entire thing all at once (thank you, B!). As the months have passed, we were not only given Bey’s grandmother’s sacred lemonade recipe, we were also given an independent video for “Sorry” (sing it: “middle fingers up, I ain’t sorry!”). And while Queen Bey was celebrating her 35th birthday, she decided to give fans a gift in the form of a new video for the epically amazing, world-smashing “Hold Up.”

The second installment of Lemonade, “Hold Up” is not only a totally relatable revenge rampage with a let-that-sh*t-go (after they pay) vibe, it’s also all about that bat, that ray of sunshine Roberto Cavalli dress, that window-smashing glee. Slay, Queen Bey, slay.

Starting with Bey underwater, talking to us like the goddess and inner voice that she is, the video quickly moves on to… well, watch it and see; love it and slay.

Desiree O
Desirée O is a ‘Professional Bohemian’ who loves anything and everything related to the arts, entertainment, and pop culture. She ADORES being a ‘Newsy’ for Brit + Co, covering all of the latest tidbits of awesomeness that you want to read about. When she’s not writing, she’s either making messy art, going on long adventurous walks with her camera, or poking around over at bohemianizm (http://www.bohemianizm.com/). You can find out about Desirée O and her work at http://DesireeO.com/ or follow her on Twitter @DesireeO.
Beyonce
Pop Culture
Beyonce
More From Pop Culture