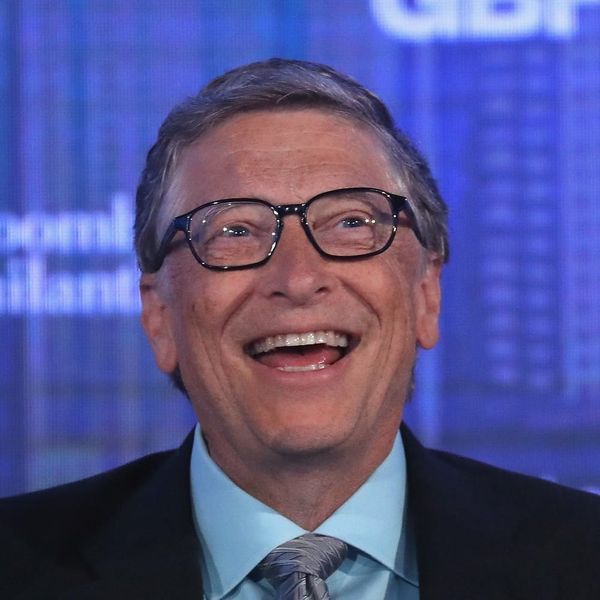 Bill Gates does it again! After completely KILLING the Secret Santa game last year by fulfilling gaming-lover Aerrix’s wildest console dreams, he’s back at it for 2017, playing Kris Kringle to a cat enthusiast named Megan Cummings.

Cummings, AKA Reddit user VietteLLC, entered the forum’s annual gift exchange (as she does every year), only to find herself on the receiving end of a massive box from none other than the Microsoft found himself (who also participates each year). “I always check out the Bill Gates post and laugh at how crazy it must have been for that person, never for a second even considering it a possibility for me,” she wrote on a post detailing her experience, adding, “HA!”

As always, Gates, 62, delivered in a huge way, paying close attention to her Reddit questionnaire, which said that in addition to owning four cats, her life goal was to fully fund a no-kill shelter. She also listed cute cat things, like Pusheen, and Dave Matthews Band goods as a hint for her Secret Santa.

She also received a Stormy stuffed animal (AKA Pusheen’s sister), a Pusheen ornament, a book on cat shelters with a personalized note, a business book, a Dr. Who coffee table book, a mini kitten snow globe, a cross-stitch of Cummings, Gates, and her four cats, a Japanese Daruma with a secret message, a Dave Matthews band shirt and sticker, and a scroll map, to name a few. He also included a $150 gift card to True Grit, which Cummings noted was “super selfless, as it was intended to get downloads for ProCreate, which is only on iPads.”

Cummings uploaded a video thanking her benefactor and giving us a glimpse at her goods, saying, “Mr. Gates — well, I don’t know if maybe I should call you Bill now, since we’re like, literally BFFs, but I have to tell that this is easily the best Christmas gift that I have ever gotten… I admit that I did start to cry,” she says. “I really appreciate it, and I hope that one day I can open my own kitty shelter.”

Merry Christmas to you both!

What’s the best Secret Santa gift you ever received? Tell us all about it over @BritandCo.

Nicole Briese
Nicole is the weekend editor for Brit + Co who loves bringing you all the latest buzz. When she's not busy typing away into the wee hours, you can usually find her canoodling with her fur babies, rooting around in a bookstore, or rocking out at a concert of some sort (Guns N' Roses forever!). Check out all her latest musings and past work at nicolebjean.com.
Christmas
Pop Culture
Christmas Gifts