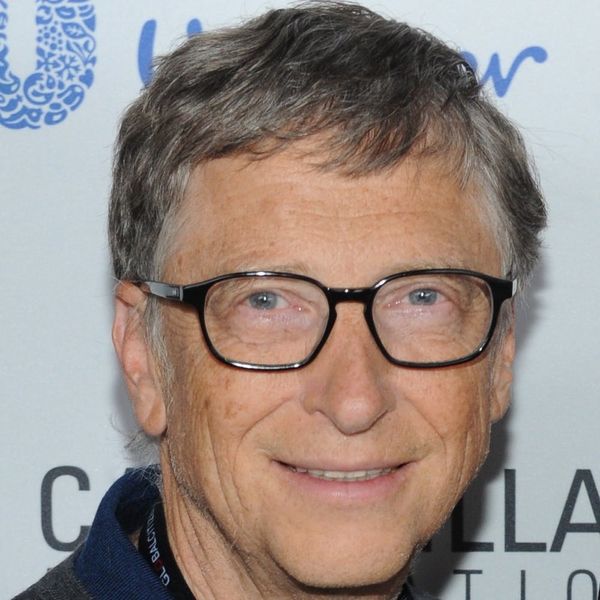 Secret Santa is a total crapshoot. Some people are just naturally better gifters than others, and it’s all about the luck of the draw.

Sharing her story on the site, Aerrix revealed that when she opened her box, the photo revealed her secret Santa to be none other than Bill freaking Gates (!!!).

Reportedly putting his name in the drawing every year, Bill went all out for 2016, overnighting a box of goodies that had Aerrix squealing in delight.

Needless to say, she was totally freaking. “Under the first layer [of bubble wrap] I see a picture…and my jaw. Just. Drops,” she wrote.

While Bill gifted the avid video-game enthusiast with plenty of technological swag (three limited edition XBOX One controllers, an XBOX One Minecraft Edition AND an NES Classic Edition, for starters), it was the thoughtfulness of some of his smaller purchases that really touched us.

Revealing in her profile that she has a penchant for all things The Legend of Zelda, Bill gifted her with Zelda mittens…with a matching pair addressed to her dog.

Even sweeter was the handwritten note Bill included in a copy of Kevin Belton’s Big Flavors of New Orleans cookbook ($20). “Aerrix,” the note read. “Since you’re originally from Louisiana and miss your uncle’s Cajun cooking, I thought you might enjoy trying some of the recipes from this cookbook. Merry Christmas. Bill Gates.”

Ummmm, most thoughtful gift ever?

And just in case Aerrix should forget who gave her all those amazing gifts (as if!), Bill sent along a Zelda picture frame with a shot of Aerrix, her husband, her dog… and Bill, photoshopped in next to the group. Oh. Em. GEE!

It’s official: Bill Gates is THE best, most thoughtful secret Santa there is.

We’ll keep our fingers crossed for next year!

What’s the best secret Santa gift you’ve ever received? Tells u over @BritandCo.

Nicole Briese
Nicole is the weekend editor for Brit + Co who loves bringing you all the latest buzz. When she's not busy typing away into the wee hours, you can usually find her canoodling with her fur babies, rooting around in a bookstore, or rocking out at a concert of some sort (Guns N' Roses forever!). Check out all her latest musings and past work at nicolebjean.com.
Gift Ideas
Pop Culture
Gift Ideas Gifts social media