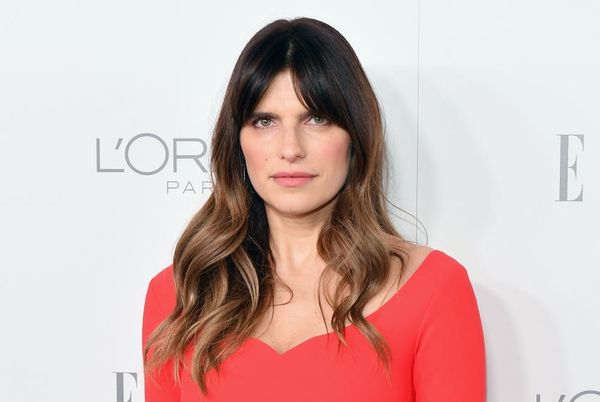 Have you ever had the urge to leave city life behind for something simpler? Dax Shepard and Lake Bell do just that in their new ABC comedy Bless This Mess — but things don’t turn out quite as well as they’d hoped.

The first trailer gives us a quick glimpse of how their move hilariously unfolds. While it initially seems like they’re living the dream — quitting their jobs, settling into a big, beautiful farm house, moving further away from meddling families — they quickly realize that living the simple life isn’t actually that simple.

“You’ve never lived anywhere but the city, and you’re afraid of cows!” Rio’s mom tells her daughter from her high-end office. Sure enough, we then see Rio trying to approach a cow on her new farmland as it moos and she runs, screaming and climbing up a ladder to escape. Mike later tries to rescue her, but the ladder falls, trapping the city slickers without anyone around for miles to help.

We also get a look at some of the challenges the couple’s new-old farmhouse will present, such as collapsing floors — a scene reminiscent of the classic Tom Hanks movie The Money Pit.

The cast is rounded out by several familiar names, including Ed Begley Jr., Pam Grier, and JT Neal.

Will you be checking out Bless This Mess? Let us know @BritandCo!