Bold Activism: Meet the Women Who Are Acting Out on Our Behalf 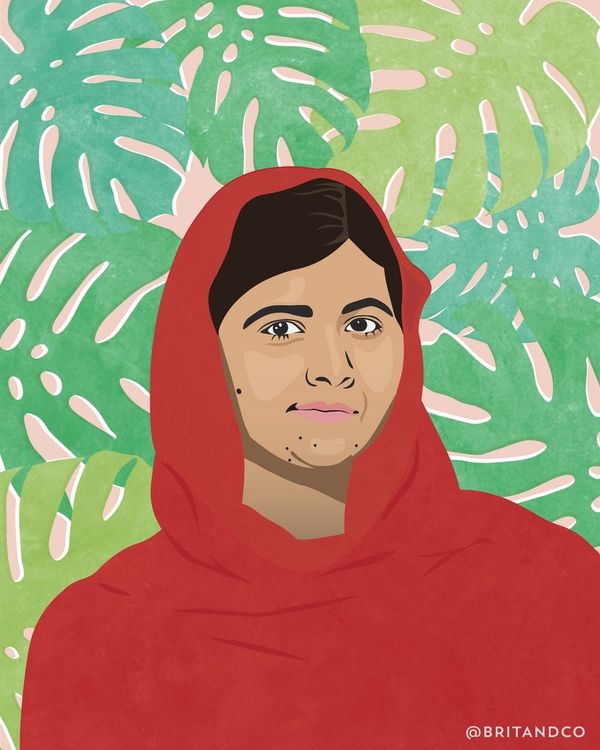 This International Women’s Day, we’re celebrating the women who are boldly daring to make waves, smash barriers, and build a better future for womankind. Meet: the activists.

Who She Is: Cecile Richards, President of Planned Parenthood.

Where She’s From: Waco, Texas.

Claim to Fame: Cecile Richards is the daughter of former Texas Governor and activist Ann Richards. At age 16, she helped campaign with her mother in support of Roe v. Wade lawyer and state legislator Sarah Weddington. As president of Planned Parenthood, Richards has always been outspoken and unapologetic in her support of women’s rights, abortion rights, and workers’ rights.

Why She’s a Bold Woman to Watch: With the federal government working to repeal the Affordable Care Act, and states like Cecile’s home state of Texas defunding Planned Parenthood, Richards’ job is harder than ever. As the president of the Planned Parenthood Federation, it’s her job to ensure that the organization can continue to support women and families in need of medical care.

Thankfully, PP has been receiving millions in donations, and the organization has, for now, been able to continue it’s work across the country. With no real clarity on what may happen to abortion rights, health care, or other social support programs, Cecile Richards will be front and center in coming months and years, and what she says will be as important as what she is able to achieve. (Photo via Arron P. Bernstein/Getty)

Who She Is: HBIC Ruth Bader Ginsburg — AKA The Notorious RBG, Supreme Court justice.

Where She’s From: New York City.

Claim to Fame: Ruth Bader Ginsburg was only the second woman to be nominated to the Supreme Court back when she first took her seat in 1993. Having served for 24 years, RBG is well known for her staunch support of upholding Roe v. Wade and for being the first justice to perform a same-sex marriage back in 2013. Never mind that rotating selection of fancy necklaces and collars she ads to her judge’s robes.

Why She’s a Bold Woman to Watch: A supporter of activism like January’s Women’s March on Washington, RBG, though being the oldest sitting member of the supreme court, doesn’t seem to be going anywhere any time soon. In recent weeks, she’s reaffirmed her dedication to stay on the bench as long as she can to continue to fight for women’s rights in our nation.

That last part should be pretty easy to do, since back in 2013, RBG admitted that she works out with a personal trainer who is a former military paratrooper. During rulings (and any chance she gets, really) RBG is also the queen of quips; when asked about how many women should be on the Supreme Court for it to be truly equal, “When there are nine it will be enough.” (Photo via Chip Somoldevilla/Getty)

Who She Is: Chimamanda Ngozi Adichie, author and activist.

Where She’s From: Enugu, Nigeria.

Claim to Fame: You may not have known her name, but you have heard her words. Adichie has won the McArthur Fellowship — AKA the “Genius Grant” — for literature, and gave a now-famous TEDx talk called, “We Should All Be Feminists.” If she’s still not sounding familiar to you, you’ve definitely heard part of her talk in Beyoncé’s “Flawless” where the singer samples parts of it.

Why She’s a Bold Woman to Watch: Adichie is a brash and outspoken activist, and her unique and challenging views of gender equality and the rights of women are ones to watch. Her desire to speak truthfully and boldly in the face of some uncomfortable truths is well established, and her unapologetic insistence in sexual and gender equality should make anyone stand up and take notice.

Having recently had a child of her own, Adichie is being looked at as a beacon in feminist parenting and reluctantly has become a feminist celebrity, even though she doesn’t quite appreciate the idea, saying, “This idea of feminism as a party to which only a select few people get to come… this is why so many women, particularly women of color, feel alienated from mainstream Western academic feminism.” (Photo via Leigh Vogel / Getty)

Who She Is: Malala Yousafzai, author and activist.

Where She’s From: Mingora, Pakistan.

Claim to Fame: After writing a heartfelt diary for BBC Urdu at age 11 condemning the lack of education for girls in her region of Pakistan (due mostly to Taliban control), Malala became public enemy number one for her declaration that women deserved an equal chance at education. In 2014, Malala became the youngest person ever to win the Nobel Peace Prize.

Why She’s a Bold Woman to Watch: She has survived bombing campaigns and was shot in the head in 2012 (!!), only to survive after delicate surgery in a military hospital in rural Pakistan. She has gone on to become a powerful voice for marginalized women and girls everywhere, co-authoring the book I Am Malala in 2013. Malala continues to use her fame to support women and girls and is dedicated to eradicating gender-based inequality. (Photo via Richard Stonehouse/Getty)

Which activists inspire you? Tell us @BritandCo!

Kat Armstrong
Kat has been a writer, social media maven and mom for longer than she's willing to admit. She's also spent time in front of and behind the camera, interviewing celebs, politicians and acting as a producer for fashion and artistic photography shoots. When she isn't writing for various orgs and publications, she's hanging with her kids, husband and French Bulldog, Peter, in Toronto, Canada.
Activism
Current Events
Activism Feminism International Womens Day
More From Current Events