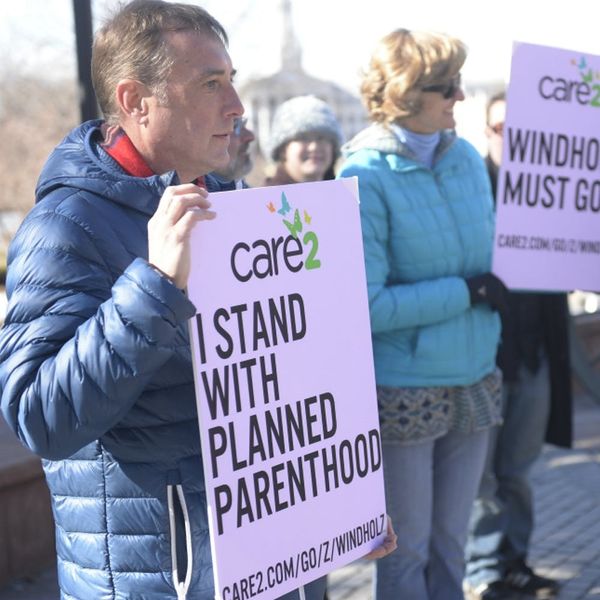 Unfortunately, the hot garbage of our late-year news cycle is still coming fast and furious with news that, officially, the state of Texas has filed a notice that they will completely cut off Medicaid funding to the state’s Planned Parenthood offices in 30 days. While we can continue to send donations to the life-saving women’s health organization in Mike Pence’s name, this defunding will cut off healthcare to thousands of low-income Texans — and that’s pretty horrible.

That’s why this is so infuriating. The state is essentially forcing low income women out of their health care because they feel that it’s necessary to destroy a charity that also happens to offer abortions and abortion counseling to women. The worst part? Ninety percent of the funds that PP receive are actually federal and not state, meaning the state is trying to take federally provided funds and use them elsewhere.

Planned Parenthood Texas provides cancer screening, birth control and other well-women services to over 11,000 women in Texas using federal funding. Without this support, many women, including thousands of mothers, will not be able to access the services they need in order to live a healthy life. This is what happens when an essential service is defunded. We are shocked and saddened that the state’s male-centric government has decided that its most vulnerable population doesn’t deserve basic medical care.

Planned Parenthood only has 15 days to respond to the notice of defunding, and while we’re not sure how this will play out, the organization has said they will go directly to the courts to block this action. Here’s to hoping they succeed and we start 2017 on a more positive note.

Will you consider donating to Planned Parenthood in 2017? Let us know @BritandCo!

Kat Armstrong
Kat has been a writer, social media maven and mom for longer than she's willing to admit. She's also spent time in front of and behind the camera, interviewing celebs, politicians and acting as a producer for fashion and artistic photography shoots. When she isn't writing for various orgs and publications, she's hanging with her kids, husband and French Bulldog, Peter, in Toronto, Canada.
Politics
Health
Politics Womens Health