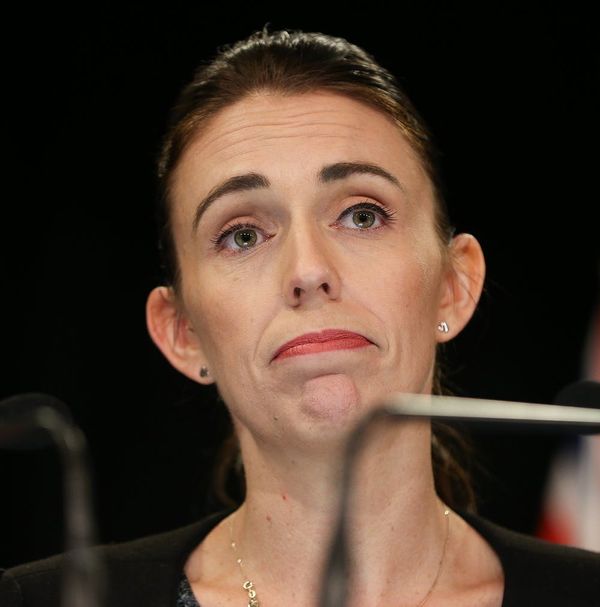 The government of New Zealand, along with the country’s major broadband providers are working to silence the hate speech created by the Australian terrorist accused in Friday’s Christchurch mosque attacks. Videos of the attacks, along with a 74-page, anti-Muslim, white supremacist manifesto have been repeatedly published, and removed, from various online platforms. And, in her latest show of leadership, Prime Minister Jacinda Ardern has vowed to deny the shooter the notoriety he clearly wanted by refusing to mention his name.

“He is a terrorist. He is a criminal. He is an extremist,” Ardern said in an address to Parliament on Tuesday, March 19. “But he will, when I speak, be nameless.”

“And to others, I implore you,” she added, “speak the names of those who were lost, rather than the name of the man who took them. He may have sought notoriety, but we in New Zealand will give him nothing. Not even his name.”

“You may be aware that on the afternoon of Friday 15 March, three of New Zealand’s largest broadband providers, Vodafone NZ, Spark and 2degrees, took the unprecedented step to jointly identify and suspend access to web sites that were hosting video footage taken by the gunman related to the horrific terrorism incident in Christchurch,” the letter reads.

The letter goes on to acknowledge how, in the global marketplace, this decisive effort at content restriction marks an “extraordinary step” in limiting access to harmful material. Yet, the leaders behind these three New Zealand broadband companies remain steadfast in the belief that taking this step was “the right thing to do.” Their letter implores the three powerful tech CEOs to consider doing the same on their respective social media platforms, as a general practice.

“Although we recognize the speed with which social network companies sought to remove Friday’s video once they were made aware of it, this was still a response to material that was rapidly spreading globally and should never have been made available online,” the letter continues. “We believe society has the right to expect companies such as yours to take more responsibility for the content on their platforms.”

The Association of New Zealand Advertisers agreed, releasing a statement explaining that local businesses would consider pulling their advertising dollars from Facebook if the company didn’t take immediate action to silence hate speech.

“The events in Christchurch raise the question — if the site owners can target consumers with advertising in microseconds, why can’t the same technology be applied to prevent this kind of content being streamed live?” the group said in a statement, according to The New York Times.

In response, Facebook VP and Deputy General Counsel, Chris Sonderby penned a blog post on the company’s site, explaining how Facebook is working to remove videos like the one the shooter uploaded while the Christchurch attack was happening.

“We removed the attacker’s video within minutes of their outreach to us, and in the aftermath, we have been providing an on-the-ground resource for law enforcement authorities,” the post says. “We will continue to support them in every way we can. In light of the active investigation, police have asked us not to share certain details.”

The Facebook blog post also outlined how Friday’s video became viral (and out of Facebook’s hands) so quickly: a user of the website 8chan posted a link to a copy of the video to a file sharing site before Facebook was even notified of the video’s existence. Sonderby also writes that the company helped other social networks identify the video to get it removed, and have been working in conjunction with the Global Internet Forum to Counter Terrorism (GIFCT) to be proactive about curbing terror and extremism online.

Kat Armstrong
Kat has been a writer, social media maven and mom for longer than she's willing to admit. She's also spent time in front of and behind the camera, interviewing celebs, politicians and acting as a producer for fashion and artistic photography shoots. When she isn't writing for various orgs and publications, she's hanging with her kids, husband and French Bulldog, Peter, in Toronto, Canada.
Facebook
Current Events
Facebook Google Social Media Twitter YouTube
More From Current Events