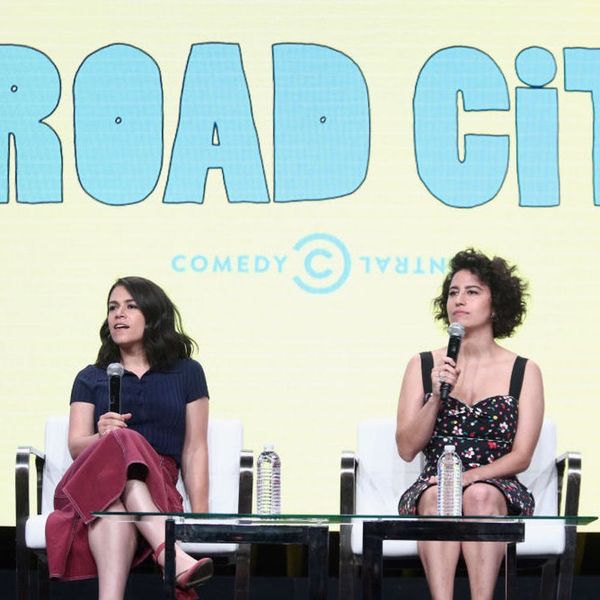 After three seasons of Broad City, the show has cemented its place in viewers’ hearts. It’s hard to remember a time without their Brooklyn jaunts to Whole Foods or the DMV. With the fourth season set to start in September (after being pushed from its original August premiere date), and a season five renewal already locked in, co-creators and stars Abbi Jacobson and Ilana Glazer say they’re thinking about the “life of the series.”

As teased in earlier reports, season four will show their characters navigating life after the election. “The characters are really trying to be woke and be involved in this and be better and change things, but they also try and fail at stuff,” Jacobson said during the show’s panel at the 2017 TCA Summer Press Tour.

Asked if politics or current events — and Broad City‘s commentary on both — factor into their plans for the future of the show, they said it’s not their primary consideration. “The first thing that we think about with the show is the funny, so it’s a comedy first and obviously the friendship is the core of it,” Jacobson told reporters. “So the tool part is this other layer. We’re not putting mission statements on the board.”

Glazer agreed, adding: “The platform being a tool of ours is not really influencing the duration of the series. It’s more about the story and the growth that we want to explore within these characters. Each season, we have these goals for them, but by the time the season is over, it’s something different than we expected in the first place. We are talking about the life of the series at this point.”

Are you excited about the new season of Broad City? Let us know @BritandCo!

Rachel Davies
Rachel Davies is a writer, curator, and editor. Apart from writing, Rachel loves to read, take Greyhound buses, and drag her friends to museums every weekend. You can find Rachel over on Twitter @rachelcomplains.
TV
More From TV