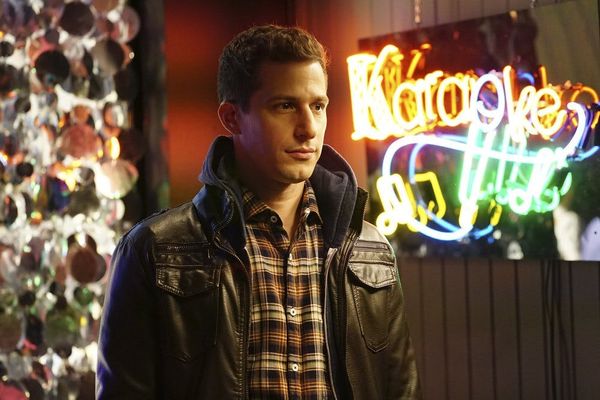 Brooklyn Nine-Nine is gearing up for its sixth season — and its first on its new network, NBC — and in a new trailer, Jake Peralta (Andy Samberg) channels his inner action hero as he pays tribute to his all-time favorite movie, Die Hard.

The clip opens with the beloved crew of the Nine-Nine standing on the roof of a skyscraper as they recreate the famous helicopter escape scene from the Bruce Willis-starring 1988 action flick.

Jake, sporting a white tank top just like Willis’ John McClane, tells Amy (Melissa Fumero), Rosa (Stephanie Beatriz), and Terry (Terry Crews) that the building they’re on is about to blow up. As his fellow detectives rappel down the side of the building to safety, Jake decides to jump off the building, narrowly escaping by grabbing onto a helicopter as it hovers nearby.

Charles (Joe Lo Truglio) and Captain Holt (Andre Braugher) await their colleagues on the ground as Jake basks in his heroism. The clip then cuts back to the precinct office, where Jake is trying to convince Holt to film the scene — which was all in his imagination — for the Nine-Nine’s new recruitment video. (NBC also released an alternate ending clip with a much more Captain Holt-appropriate take on the video.)

Notably missing from the squad, sadly, is Gina Linetti. Comedian Chelsea Peretti revealed in October that her beloved character would not be a full-time fixture in the new season.

What did you think of Jake’s action sequence? Let us know @BritandCo!