California Just Became a “Sanctuary State” — Here’s What That Means 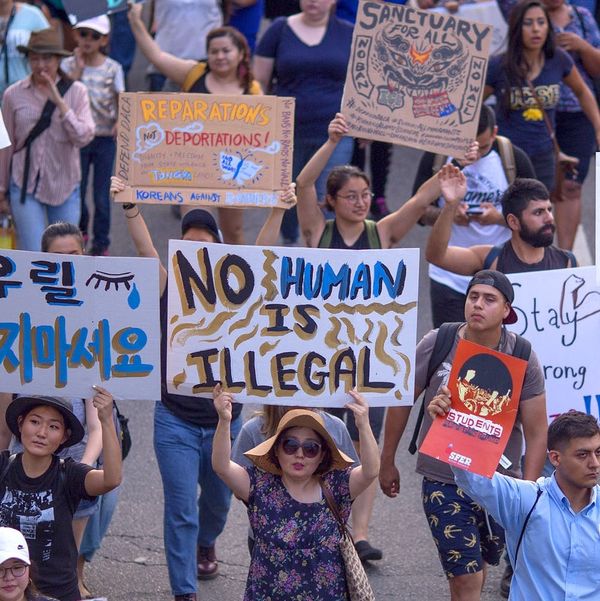 Amid ongoing immigration reform by the Trump administration (including the phase-out of DACA and new travel restrictions for foreigners), California Governor Jerry Brown signed a bill Thursday to make the Golden State the first ever sanctuary state in the union.

Senate Bill 54 is a measure to limit the federal government’s moves against immigrants in the state of California. While Attorney General Jeff Sessions had blasted the bill as “unconscionable” and a threat to public safety, Gov. Brown insists the opposite is true. In an interview with CNN last month, Brown said SB54 actually protected the rights of the millions of immigrants — whether documented or not — who are contributing to Californian and American society, saying his bill was not only legally sound, but that the rhetoric in Washington had become “xenophobic.”

“It protects public safety but it also protects hardworking people who contribute a lot to California,” Brown told CNN, adding, “the [ICE] can come into our jails, they can interview people, they can pick up people they think are appropriate.”

While the bill specifically bans both state and local agencies from holding people who may be in the country illegally, it also blocks police from serving as de facto immigration agents. The new law also stops any law enforcement agency in the state from asking people about their immigration status.

“The California Values Act [SB54] won’t stop ICE from trolling our streets. It will not provide full sanctuary. But it will put a kink — a large kink — in Trump’s perverse and inhumane deportation machine,” De León said Thursday after Governor Brown signed the bill. “California is building a wall — a wall of justice — against President Trump’s xenophobic, racist and ignorant immigration policies.”

During a White House briefing, Press Secretary Sarah Huckabee Sanders said she hoped that the President’s newest immigration reforms, which are soon-to-be-announced, will force Gov. Brown to take a step back from a bill the administration feels goes too far.

“The president will be laying out his responsible immigration plan over the next week,” she said. “And I hope that California will push back on their governor’s, I think, irresponsible decision moving forward.”

With California home to 2.3 million undocumented immigrants, the bill is a stark change from the seemingly more isolationist desires of the federal administration, who believe that illegal immigration increases violent crime — an oft-repeated statistic with no solid numbers to back it up.

What do you think of California’s new bill? Tell us @BritandCo!

Kat Armstrong
Kat has been a writer, social media maven and mom for longer than she's willing to admit. She's also spent time in front of and behind the camera, interviewing celebs, politicians and acting as a producer for fashion and artistic photography shoots. When she isn't writing for various orgs and publications, she's hanging with her kids, husband and French Bulldog, Peter, in Toronto, Canada.
Immigration
Current Events
Immigration Politics