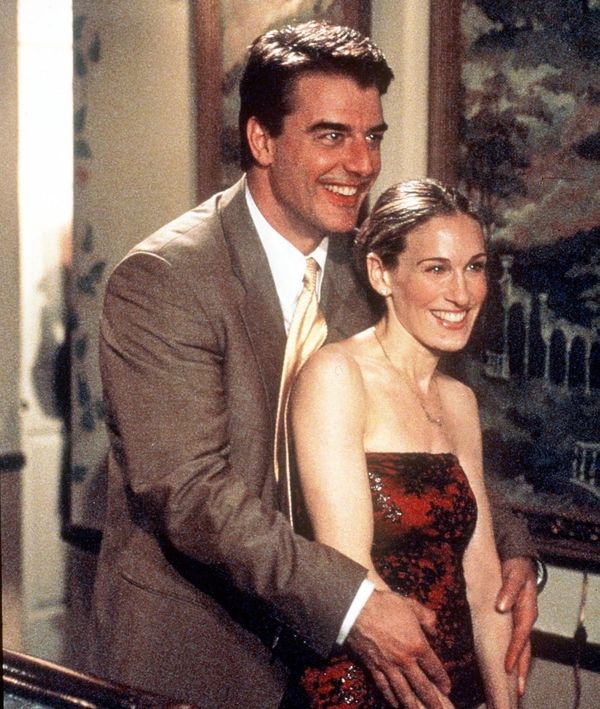 Fans of Sex and the City tend to fall into two very distinct camps: Team Big and Team Aiden. While Big may have won out in the end on the “big” screen, the series’ original author, Candace Bushnell, has previously stated that the two would not have ended up together in real life. As it turns out, there’s a very specific reason they wound up together in her fantasy world: her mother.

As the writer explained to US Weekly, she was largely influenced by her mom, who was DEFINITELY Team Big. “Whenever I would go home and visit my parents, my mother would say, ‘Why is Carrie with Aiden and not Mr. Big? You’ve got to get rid of Aiden,” she said.

In the end, Bushnell felt that mother knew best. “My mother never felt that Aiden was right for Carrie,” she said. “So I felt obligated to take her side.” In short? Mrs. Bushnell is “perhaps” the reason the couple’s fate ended the way it did.

As for rumors of a third film, the 58-year-old says that while she’d love for it to happen, she isn’t exactly holding her breath. “I always wish that it would,” she revealed. “I don’t know if it will ever happen, probably not.”

Should it come to fruition, however, she wouldn’t change its leading lady’s fate, despite her previous assessments. “Hopefully they’re still happily married!” she quipped.

Considering that Carrie HAS had her fair share of heartbreak over the years, we certainly understand that sentiment.

Fingers crossed that Sarah Jessica Parker’s “warming drawer” comments on the project turn to “boiling hot,” and we get to see her happy and in love, after all.

Are you Team Big or Team Aiden? Cast your vote over @BritandCo.

Nicole Briese
Nicole is the weekend editor for Brit + Co who loves bringing you all the latest buzz. When she's not busy typing away into the wee hours, you can usually find her canoodling with her fur babies, rooting around in a bookstore, or rocking out at a concert of some sort (Guns N' Roses forever!). Check out all her latest musings and past work at nicolebjean.com.
Movies
Pop Culture
Movies TV
More From Pop Culture