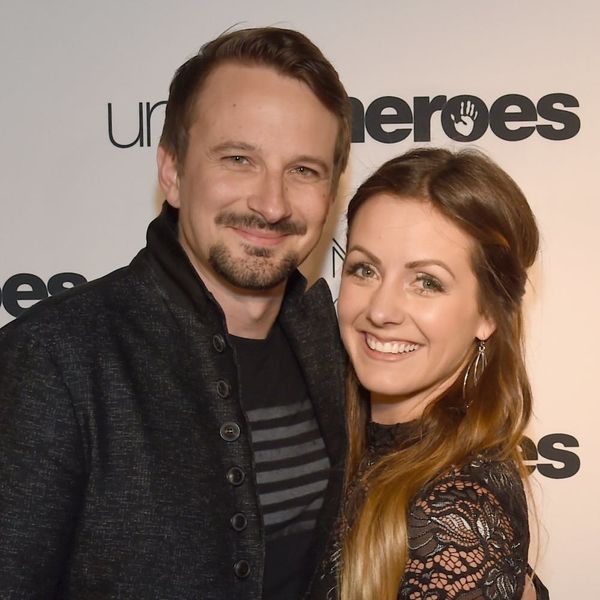 Things just keep getting better and better for Carly Waddell and Evan Bass! The Bachelor in Paradise alums shared their wedding with the world earlier this week for the premiere of season four AND dropped some baby bombshell news on us earlier this month when they revealed that they’re expecting their first child together. Now, they’ve got even more good news to share, as they’ve found out the sex of their babe!

Taking to Instagram, the family of five (Bass has three sons from a previous marriage) posted an adorable shot of themselves celebrating the good news.

“This is our professional gender reveal photo,” Waddell joked of the sweet snap. “IT’S A GIRL!!!! I’m not the only girl anymore! Woo Hoo!!!!”

After finding out their results at the doctor’s office earlier in the day, the couple threw a Mexican-themed fiesta for friends and family to surprise the kids with the news, complete with a piñata which enclosed the answer to their burning question.

Bass’s sons took turns swinging at the fish-shaped paper mache creation, which Waddell captured on her Instagram stories until her phone died just before they actually broke it.

Still, from the sounds of things, it was a very happy reveal indeed: “How do you feel right now?” Waddell can be heard asking her new hubby. “So excited. So happy,” he answers. “How do you think I feel?” she asks. “Elated.”

Did you have a creative baby sex reveal? Share with us @BritandCo.

Nicole Briese
Nicole is the weekend editor for Brit + Co who loves bringing you all the latest buzz. When she's not busy typing away into the wee hours, you can usually find her canoodling with her fur babies, rooting around in a bookstore, or rocking out at a concert of some sort (Guns N' Roses forever!). Check out all her latest musings and past work at nicolebjean.com.
Celebrity Baby
Celebrity News
Celebrity Baby Gender
More From Celebrity News