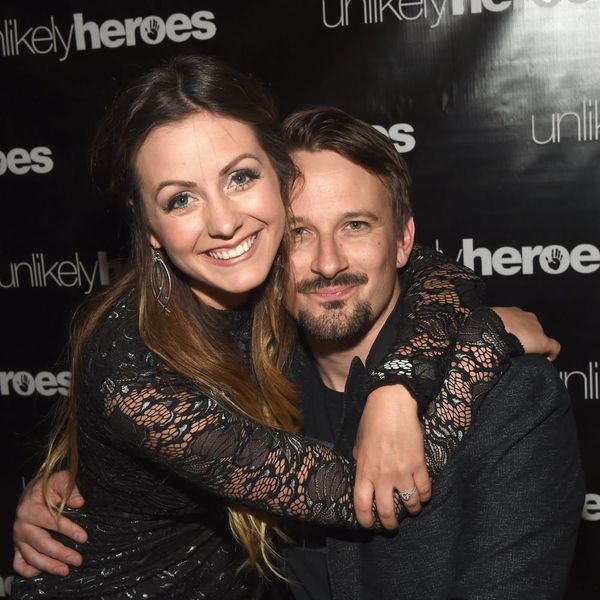 An unforgettable Bachelor Nation wedding and more drama for Kim Kardashian lead this morning’s top news stories. Check out those and more below in the Morning Buzz!

“The wedding of Evan and Carly – truly a sentence I never thought I would say.” - Chris Harrison #BachelorInParadise

1. Carly Waddell and Evan Bass were married for a Bachelor in Paradise season four special back in June, and last night on the show, we finally got to see the ceremony. The guest list included the usual Bachelor Nation stars, and Chris Harrison, as the officiant, had some pretty LOL-worthy lines (“The wedding of Evan and Carly — truly a sentence I never thought I would say”). But the real laughter and tears came when the couple read their vows to each other. “Your love is like this ocean, so deep, so wild. Untamed and so much to explore. And I promise to never stop exploring you,” Bass said before winking. Waddell, loving every minute of it, reminded Bass that her dad was right there, before proceeding with her own sweet and funny words. “I promise to always remind you that the world is full of beauty and wonder when you choose to look up from your bubble-popping phone games. I promise to learn CPR so that if you ever fake your own death, I can resuscitate you. Evan, I love you, and I choose you. You’re my best friend, you’re my weirdo, you’re my lobster, you’re my everything, and I love you.” We’re not cry-laughing, you’re cry-laughing! Congrats to the happy (and expecting!) couple! (h/t ET)

2. Kim Kardashian is in hot water after defending MUA Jeffree Star’s controversial past statements. Earlier this week, Kardashian posted some Snapchat videos coming to Star’s defense after he slammed her new powder contour set and her fans attacked him on social media for it. “Guys, I see you being so petty and bringing up things in [Star’s] past where he was negative, but he has also apologized for those things,” Kardashian said, referring to old videos that previously surfaced of Star uttering racist remarks. People were quick to then attack her for defending his actions, and now Kardashian has apologized for standing up for him. “I really wanted to apologize to you guys and my fans for defending a situation yesterday that I really didn’t know enough about,” she said in a few Snapchat videos. “I just feel a bit naïve and I do want to really apologize for me feeling like I had the right to say, ‘Get over it,’ in a situation that involves racism. I don’t really feel like I have the right to speak on that. I really am sorry and I just want to move forward and be positive.” Star has responded on Twitter, claiming that he will not comment on the “drama” and that there are many more important things happening in the news that deserve the attention and energy.

3. Olivia Wilde, Mark Ruffalo, and more celebs joined protests at Trump Tower. Last night, people gathered outside Trump Tower in NYC for a demonstration in support of Charlottesville victim Heather Heyer. Mark Ruffalo and Michael Moore brought the audience of Moore’s Broadway show The Terms of My Surrender via a double-decker bus to the protest, and Olivia Wilde was also present, at one point leading chants of “Trump is not a legitimate president! Trump is not America! We love America!” President Trump is staying at Trump Tower for the first time in seven months, and Ruffalo said the crowd “want[ed] him to hear us.” (h/t People)

4. Lauren Conrad shared a new pic of baby Liam with a meaningful message of positivity we could all use right now. New mom Lauren Conrad, after sharing the first look at her son Liam with People, posted a picture of her baby son on her own Instagram account last night, and it was accompanied by some uplifting words that take on special meaning, given the current unrest in the US. “‘Darkness cannot drive out darkness; only light can do that. Hate cannot drive out hate; only love can do that.’ ~ Martin Luther King, Jr.,” she wrote on the pic of sweet baby Liam bundled up and clasping his hands together. She added, “I hope that we can all learn to love each other a little more so that our children can live in a world with less hate and more acceptance and understanding.” Truer words. (h/t ET)

5. It’s happening: The Hunger Games and Twilight theme parks will open in 2019. Word about Lionsgate’s theme parks have been swirling for a while, but now the company has confirmed that the first one will open in South Korea in 2019. Called Lionsgate Movie World, the park will be made up of seven different zones dedicated to different movies, including, yep, TheHunger Games and Twilight, as well as Now You See Me and the upcoming Robin Hood remake. The studio promises immersion in actual movie scenes through state-of-the-art rides and reproduced streets and locations, and there will also be “themed restaurants, cafes, souvenir shops, and entertainment performances,” according to a press release. If you’d like to start planning your 2019 vacay now, the park will be part of Jeju Shinhwa World resort on South Korea’s Jeju Island. (h/t E!; photo via Mark Davis/Getty)

6. Quote of the day: “I’d rather not have a moment when I’m known for my looks; being funny and interesting lasts longer.” Kelly Ripa’s words ring true always, but especially on National Tell a Joke Day!

Do you consider yourself funny? Let us know @BritandCo!