Celebs React to the News of Carrie Fisher’s Heart Attack 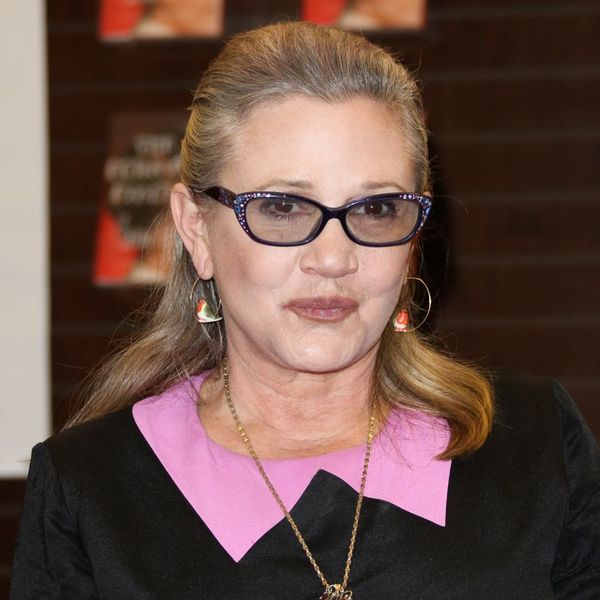 We were all shocked and filled with concern when we found out that IRL hero Carrie Fisher had suffered a massive heart attack while aboard a plane and was in critical condition. While fans were quick to jump onto social media to express their shock and send well-wishes, Carrie’s contemporaries and friends in the biz were also right there to express how much Ms. Fisher means to them.

While current reports say that 60-year-old fierce AF Carrie — who not only played Princess Leia, but also our fave bestie in When Harry Met Sally (“You’re right! You’re right! I know you’re right!”) — is in intensive care, the reactions keep coming in…

Please send love and positive thoughts to my friend, @carrieffisher

Wishing you a speedy recovery, @carrieffisher. You are loved.❤

So much love being sent to you @carrieffisher

My heart , thoughts and prayers
For @carrieffisher tonight wishing you a speedy recovery 💕💕💕💕💕💕💕💕💕💕💕💕

Hoping for good news regarding Carrie Fisher. How awful.

Thoughts and love for @carrieffisher You can't leave us yet! May the force be with you.

Sending best wishes to @carrieffisher Praying for a speedy recovery

The world waits. Sending love and light to @carrieffisher and her family.

I ask everyone to stop for a moment and send special thoughts to @carrieffisher.

My thoughts are with Carrie Fisher and her family. https://t.co/4aJT5ffeFL

My heart is full of love and hope for @carrieffisher She is one of a kind and a great gal. The one and only princess Leah get well soon.

I don't pray much anymore but I am praying for you right now, @carrieffisher. Please pull through… https://t.co/Wq6wrlmrnE

What is your fave Carrie Fisher role? Tweet us @BritandCo!