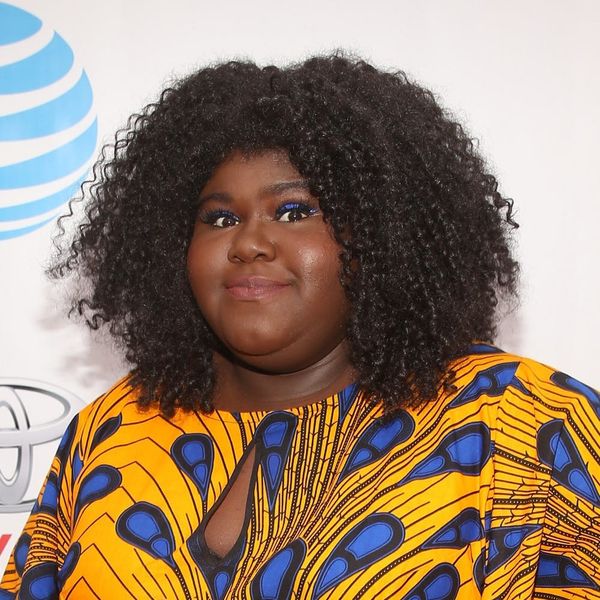 The fashion industry hasn’t always been kind to those it sees as outsiders. Take Leslie Jones, for instance — despite her A-list status on the Ghostbusters red carpet last year, the actress revealed that she had a heck of a time finding someone willing to outfit her for the film’s premiere until Christian Siriano stepped up to the plate to save the day.

We’ve come a long way when it comes to inclusion, with designers such as Christian Siriano designing plus-size bridal and models like Ashley Graham taking over NYFW, but it’s still not enough. In fact, as American Horror Story actress Gabourey Sidibe just proved, we’ve got quite a ways to go.

In an essay for Lenny Letter, the 34-year-old explained how she felt that she was recently discriminated against while shopping at a Chanel store in Chicago in between filming a part for the hit TV show, Empire.

Sidibe says despite her star status and the fact that she was decked out with vintage Chanel accessories, she was turned away from perusing the brand’s eyewear collection. “We don’t have any,” the saleswoman reportedly told her in a moment straight out of Pretty Woman, adding, “We only have shades. There’s a store across the street that sells eyeglasses.”

Gabby Sidibe got dissed by a saleswoman… until she figured out Gabby is famous. https://t.co/dHobBHwNVP pic.twitter.com/096yUdhAlA

Giving her what she calls condescending directions to the discount eyewear store she was referring to, Sidibe said the woman was only slightly more helpful in helping her find a pair of sandals for Taraji (you know, Taraji P. Henson?).

“I knew what she was doing,” the Oscar nominee wrote. “She had decided after a single look at me that I wasn’t there to spend any money…She decided I wasn’t a Chanel customer and so, not worth her time and energy…No matter how dressed up I get, I’m never going to be able to dress up my skin color to look like what certain people perceive to be an actual customer.”

She walked Sidibe further into the store to find Taraji’s sandals and, as other customers and associates (who also happened to be women of color) began to recognize Sidibe, explained that those “shades” she had spoken of could actually double as eyeglasses.

Sidibe says that she left with what she wanted (two pairs of glasses and two pairs of sandals, thank you very much), and that she did so in part because, as she puts it, “I’m used to people giving me bad service. Honestly, if I walked out of every store where someone was rude to me, I’d never have anything nice… To be fair, I don’t know why that saleswoman didn’t want to help me,” she concedes. “I suspect it’s because I’m black, but it could also be because I’m [overweight.”

Chanel has now issued an apology for the incident, which reads as follows: “Chanel expresses our sincerest regret for the boutique customer service that Ms Sidibe mentioned in this essay. We are sorry that she felt unwelcome and offended. We took her words very seriously and immediately investigated to understand what happened, knowing that this is absolutely not in line with the high standards that Chanel wishes to provide to our customers. We are strongly committed to provide anyone who comes in our boutiques with the best customer service, and we do hope that in the future Ms. Sidibe will choose to come back to a Chanel boutique and experience the real Chanel customer experience.”

While there’s no word on whether or not the salesgirl faced any retribution for her actions, we’re sure she’ll think twice before turning a customer away again. After all, as Sidibe puts it, “Does it matter whether my waist is wide or my skin is black as long as my money is green?”

Read her essay in full here.

Do you think Chanel messed this one up? Tell us over @BritandCo.

Nicole Briese
Nicole is the weekend editor for Brit + Co who loves bringing you all the latest buzz. When she's not busy typing away into the wee hours, you can usually find her canoodling with her fur babies, rooting around in a bookstore, or rocking out at a concert of some sort (Guns N' Roses forever!). Check out all her latest musings and past work at nicolebjean.com.
Controversy
Diversity
Controversy Designer
More From Diversity