The Cheesecake Factory Is Giving Away 10,000 Free Slices of Cheesecake Today 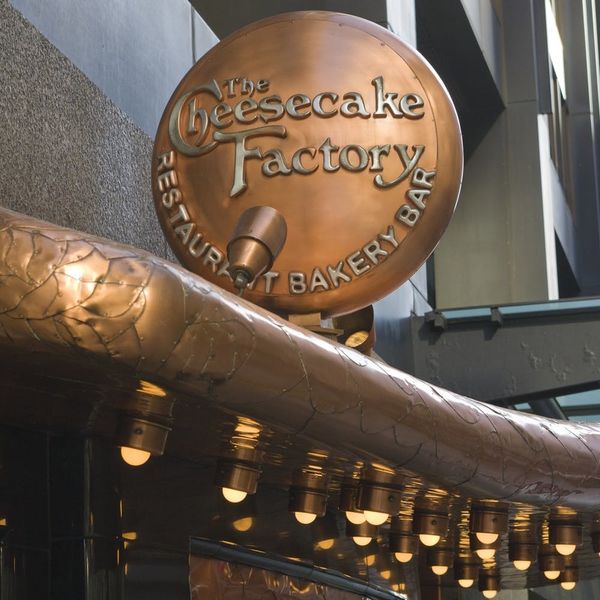 Get ready! December 6th is Day of #10000Slices! We're partnering with @doordash to give away free slices* of #cheesecake! That’s right! FREE! You don’t need to purchase anything else! Find out how to get yours. 😃 🍰 🚗 Link in bio. *DoorDash Delivery exclusive offer. Not valid for takeout or dine-in. Enter 10000SLICES at checkout on DoorDash.com or on the DoorDash app for one (1) slice of cheesecake or layer cake from The Cheesecake Factory. Offer valid only for orders placed and fulfilled on 12/6/2017 from a The Cheesecake Factory participating location during DoorDash’s normal delivery hours applicable for such location. Additional Terms and Conditions apply.

What’s that, you say? Well, it’s exactly what it sounds like. For one day only, the company will be partnering up with DoorDash to deliver a whopping 10,000 slices to select areas when you enter coupon code 10000SLICES (that’s four zeroes!) at checkout.

As The Cheesecake Factory’s CEO/Founder David Overton explained in a press release, “We are so pleased to partner with DoorDash to surprise and delight 10,000 of our loyal fans and guests by delivering a complimentary cheesecake on December 6. We hope they can enjoy a slice of their favorite cheesecake to celebrate the season of giving.”

The promo includes any cheesecake up to $9, which means you could be shoveling in a piece of Toasted Marshmallow S’mores Galore, OREO Dream Extreme, or Chocolate Raspberry Truffle (mmm!) in under an hour!

With more than 70 cities, including Chicago, Las Vegas, Los Angeles, Miami, New York, San Francisco, and Dallas, on the list, there’s a good chance you very well might be one of the lucky masses: Find out if your city is eligible here.

What’s your favorite cheesecake flavor? Share with us @BritandCo.

Nicole Briese
Nicole is the weekend editor for Brit + Co who loves bringing you all the latest buzz. When she's not busy typing away into the wee hours, you can usually find her canoodling with her fur babies, rooting around in a bookstore, or rocking out at a concert of some sort (Guns N' Roses forever!). Check out all her latest musings and past work at nicolebjean.com.
Dessert Recipes
Food News
Dessert Recipes Giveaway
The Conversation