Burrito Lovers, Chipotle Has REALLY Good News for You 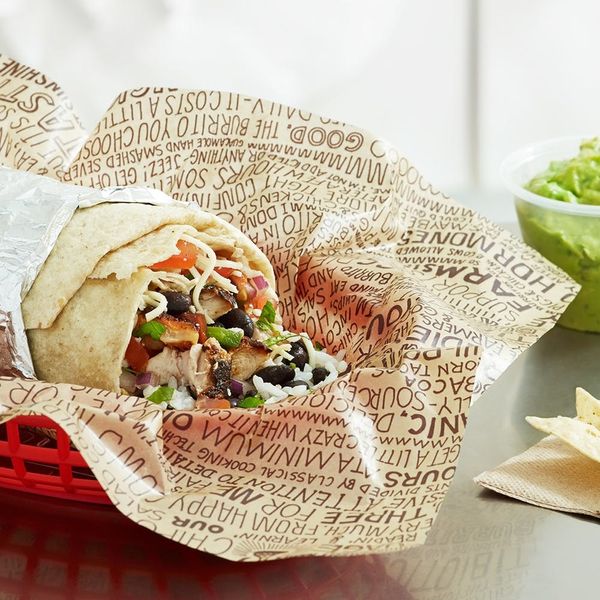 It’s only April, but apparently Christmas has come early for all you Chipotle fanatics. It was just last week when we broke the news that you can now get your burrito delivered (yes, delivered) and now we’re coming at you with even more good scoop about the fast food chain. Before you jump to any crazy conclusions, no, pork is not making an early comeback. You’ll still have to wait until October for that. But you can take comfort in knowing that the rest of the menu is now totally GMO-free.

For those of you who are unfamiliar with the term, GMOs (AKA genetically modified organisms) are plants or animals that have been altered with DNA from different species of living organisms, bacteria or viruses to get desired traits such as resistance to disease or tolerance of pesticides. While supporters say this technique is safe, those against it worry about the use of pesticides and have also argued that genetically engineering a food could affect its nutritional value and create allergens or toxins in the food.

So, further embarking on their quest to provide quality fast food (the reason they took pork carnitas off the menu was because their supplier didn’t meet their health standards), the restaurant has decided to remove all GMO ingredients from the menu. Chipotle co-CEO Steve Ells told CNNMoney, “Chipotle is really showing that there’s a better way to do fast food. They say these ingredients are safe, but I think we all know we’d rather have food that doesn’t contain them.”

Everything from the tortillas down to the salsas and even including the marinades used to cook meat will now be made with old-fashioned, quality ingredients. They’re also using non-GMO corn and have switched from soybean oil to GMO-free sunflower oil and rice bran oil. “We want to make the old fast food model irrelevant,” Ells tells CNNMoney. “We want to make great ingredients and classic cooking techniques accessible to everybody.”

What are your thoughts on GMO foods? Share your take with us in the comments below.

Cortney Clift
Cortney is the senior writer and special projects editor at Brit + Co. She typically covers topics related to women's issues, politics, and lifestyle. When she's not buried behind her computer you'll find her exploring New York City or planning her next big adventure.
Fast Food
Health
Fast Food
More From Health