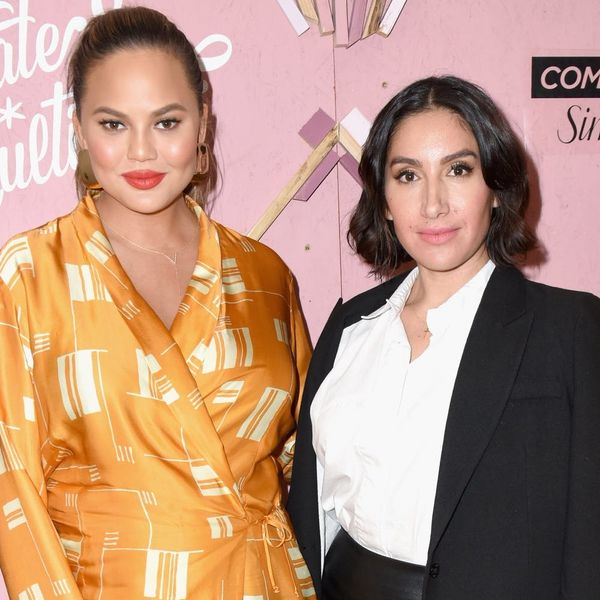 Chrissy Teigen has been honest about her struggle with postpartum depression after the arrival of her now-22-month-old daughter Luna in 2016. And now she’s opening up again about the concerns she has regarding the possibility of facing that same battle following the upcoming birth of her second child.

“Do I worry about [experiencing postpartum depression] with this little boy? I do,” the 32-year-old Lip Sync Battle co-host told her friend and hairstylist Jen Atkin at the Create & Cultivate conference in Los Angeles on Saturday.

However, the Sports Illustrated swimsuit model says that she’s more prepared for the struggle this time around. “I also know that when it does happen — if it does — I’m so ready for it. I have the perfect people around me for it. That’s why I stand for a real core group of people around me,” she explained.

Teigen told Atkin about her previous experience with postpartum depression, saying, “I had just had Luna. I knew I had an incredible life and husband and family and all the resources necessary. I knew that I was personally unhappy, but I didn’t think that anything was wrong with it because I just assumed that that’s the way it goes. You have a kid, you’re sad, you lose those endorphins, and that’s the way it is.”

Now she knows that what she went through was more than just normal afterbirth effects, and she wants people to speak up when they suspect that someone they know is suffering from postpartum depression. She explained, “I do wish that more people had spoken up around me. I encourage anyone who sees something around them to point it out. It took me to finally sit myself down because I think it’s hard for people to point something out.”

Speaking out on her own behalf wasn’t easy either, though. “Postpartum does not discriminate,” she wrote in an essay for Glamour back in April. “I couldn’t control it. And that’s part of the reason it took me so long to speak up: I felt selfish, icky, and weird saying aloud that I’m struggling. Sometimes I still do.”

She continued, “I’m speaking up now because I want people to know it can happen to anybody, and I don’t want people who have it to feel embarrassed or to feel alone. I also don’t want to pretend like I know everything about postpartum depression, because it can be different for everybody. But one thing I do know is that — for me — just merely being open about it helps.”

Did you suffer from postpartum depression after the birth of your child? If you’re comfortable sharing your experience, please do so @BritandCo.