Chrissy Teigen Has Opened Up About Her Battle With Postpartum Depression 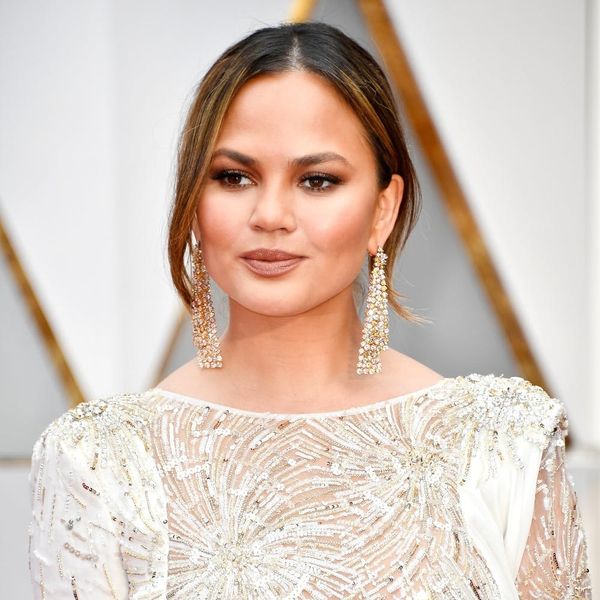 Chrissy Teigen may spend her days dominating Twitter, taking on her industry, being mama to adorable little Luna, and generally living a seemingly charmed life. But it turns out that it’s not all crab boils and red carpets for the swimsuit model, as she’s just opened up about her battle with postpartum depression.

In a personal essay she penned for Glamour, Teigen revealed that along with working on Lip Sync Battle (where her “job, essentially, is to have the best time humanly possible”), after the birth of her daughter, “I had everything I needed to be happy. And yet, for much of the last year, I felt unhappy.”

She continued by admitting that she was “different than before,” explaining, “Getting out of bed to get to set on time was painful. My lower back throbbed; my ­shoulders — even my wrists — hurt. I didn’t have an appetite. I would go two days without a bite of food, and you know how big of a deal food is for me. One thing that really got me was just how short I was with people.”

Not knowing what was wrong, she blamed the issues she was facing on stress and wondered perhaps if she was just “not a goofy person anymore,” maybe instead she was “just supposed to be a mom.”

She details her struggles, saying, “When I wasn’t in the studio, I never left the house. I mean, never. Not even a tiptoe outside… I had every shade closed. Most days were spent on the exact same spot on the couch and rarely would I muster up the energy to make it upstairs for bed… There was a lot of spontaneous crying… [My] bones hurt to the core. I had to go to the hospital; the back pain was so overwhelming.”

By the time the holidays came around, Chrissy says she was sick of it all, but a trip to the doctor changed everything. “My doctor pulled out a book and started listing symptoms. And I was like, ‘Yep, yep, yep.’ I got my diagnosis: postpartum depression and anxiety. (The anxiety explains some of my physical symptoms.)” Exhausted, but happy to finally know what was wrong, Chrissy set on a path to getting better by starting antidepressants, as well as being honest about her struggles with her friends and family — and now, with fans.

Though it was surely not an easy thing to do, there’s no doubt that Chrissy Teigen’s battle with postpartum depression will resonate with many and hopefully help those who need it, as well.

Now, she wants everyone to know that she’s getting stronger everyday, and though she appreciates the support, she also wants folks to know that there’s no need to tip-toe around her.

❤ Thank you, @glamourmag, for helping me discuss my postpartum depression with your readers. https://t.co/zIxKDWGuTt

Important note: please don't feel like you have to tiptoe around me! It is the most uncomfortable feeling ahhhh only downside to sharing PPD

Do you appreciate celebrities like Chrissy Teigen being open about their struggles with postpartum depression? Let us know @BritandCo!

Desiree O
Desirée O is a ‘Professional Bohemian’ who loves anything and everything related to the arts, entertainment, and pop culture. She ADORES being a ‘Newsy’ for Brit + Co, covering all of the latest tidbits of awesomeness that you want to read about. When she’s not writing, she’s either making messy art, going on long adventurous walks with her camera, or poking around over at bohemianizm (http://www.bohemianizm.com/). You can find out about Desirée O and her work at http://DesireeO.com/ or follow her on Twitter @DesireeO.
Celebrity Baby
Celebrity News
Celebrity Baby Halloween
More From Celebrity News