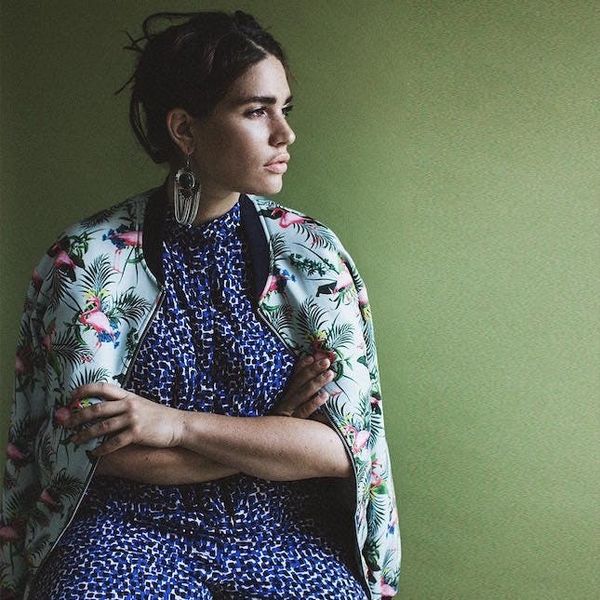 In the fashion world, rigid old standards of beauty are getting the boot. Christian Louboutin is already synonymous with sky-high heels and ultra luxe cosmetics. These days, they're also making a move to be inclusive and body positive. For the first time ever, the high-end shoe brand, which was founded in 1992, has a plus-size model as the face of their new makeup campaign.

Her name is Clementine Desseaux, and this is definitely not her first rodeo. The stunning French model was part of Lane Bryant’s #PlusIsEqual campaign back in September (the only plus-size ad in Vogue’s September issue, if you recall) and has modeled for Target’s Ava & Viv line. “The beauty norm is changing and differences that used to be weaknesses are now turning into strengths,” Clementine said in an interview with Daily Mail. “Being curvy and freckly was never easy back when I was in France.”

But thank goodness for change, because not only is she breaking new ground in the high fashion world, but she looks damn good doing it. She’s already starred in one of their videos, released just last week for Louboutin Charme lipstick, looking the epitome of French chic with red lips, understated eyes and virtually no foundation to cover up those gorgeous freckles.

What do you think of Christian Louboutin’s new campaign? Tweet us @BritandCo!

Kimberly Wang
Kimberly Wang writes about all things pop culture, tech, style, and beauty. She's a Bay Area transplant and has an MFA in Creative Writing from Columbia University. On a sunny New York day, you can find her hanging out with her mini schnauzer Isabelle Jellybean on a blanket in Central Park.
Body Positive
Style News
Body Positive Plus Size Shoes
More From Style News