Christina Aguilera Remembers Her Feud With Pink a Little Differently 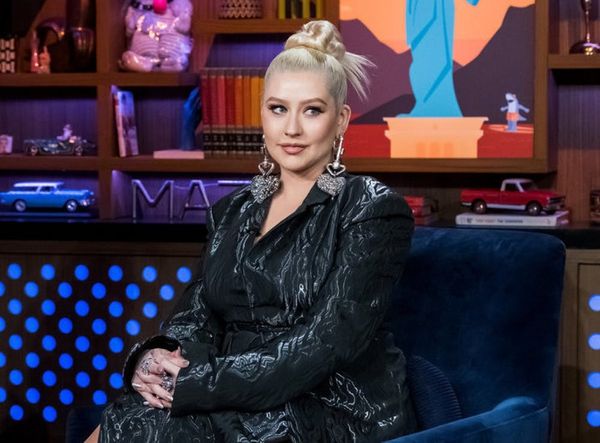 Christina Aguilera and Pink’s rumored feud has long been water under the bridge — the ladies made up years ago and can even laugh about it now. But they do have different memories of what actually happened between them back in the day. During the January 31 episode of Watch What Happens Live With Andy Cohen, Aguilera shared her version of their history together, refuting a claim that Pink made in a 2017 appearance on the show.

At the time, Pink said that her “Lady Marmalade” collaborator tried to take a swing at her in a club one night. According to Aguilera, however, she actually went in for a kiss — and was shut down.

“I seem to have a different memory of a night we had at a club where we played spin the bottle. I have a love memory!” Aguilera told Cohen, laughing. “Look at her, look at me. I wouldn’t swing on her. She could beat my ass. Are you kidding me?”

The “Ain’t No Other Man” performer added that she was “excited” about a kiss, but Pink apparently didn’t feel the same. “She put her hand up like this and I was like, ‘Oh, that’s what we’re doing? Alright. She don’t wanna get dirrty,'” Aguilera joked, recalling one of her biggest hits.

The feud between the singers reportedly originated during the recording of their 2001 “Lady Marmalade” cover with Lil Kim and Mya for the Moulin Rouge soundtrack. According to Pink, Aguilera’s manager tried to hog the spotlight for his client. The way Xtina tells it, however, is that Pink heckled her during the making of the video. Either way, both women have put the whole thing behind them, having hugged it out during a May 2016 episode of NBC’s The Voice.

Pink shared a similar sentiment during her 2017 appearance, telling Cohen that any beef between them was because they were “young and new” when they first crossed paths. Now that they’re older and wiser about the industry, they know they have to support each other. “We became moms. We grew up,” the “What About Us” singer explained, adding that she thinks Aguilera is “so talented” and a “really sweet” person. “We hugged it out. It’s that simple. I feel so good about that.”

Would you like to see Pink and Xtina collaborate again? Let us know @BritandCo!