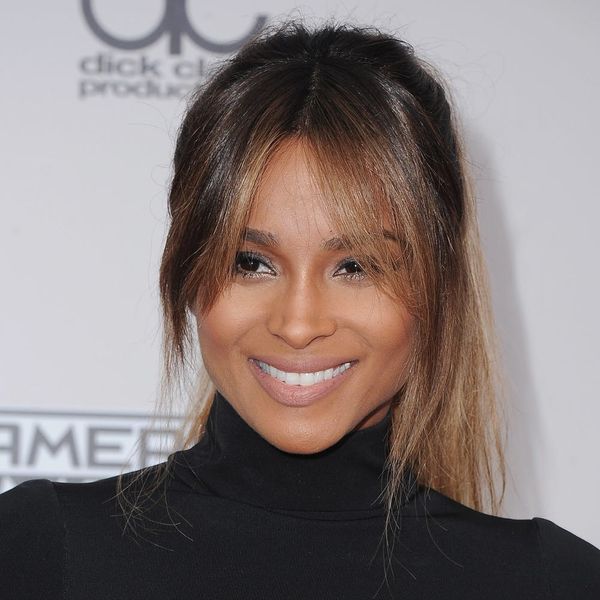 Ciara hasn’t exactly kept the deets of her relationship with Russell Wilson a secret… in any way. From their pre-wedding abstinence to their super luxe wedding ceremony, wedding night shenanigans, and exciting baby news, we’ve been privy to their love, lives, and now, their growing family.

Which is precisely why many believe that Ciara may have just used a fabulously fashionable hint to share another tidbit with us: the sex of her baby.

Blue is one of my favorite colors..

Posting a pic of herself to Instagram, she added the caption, “Blue is one of my favorite colors…” Though she was surely referring to the full-length robe-like jacket she’s wearing in the pic, peeps took that ellipses to heart and began to buzz that the message had a more significant double-meaning. Commenters were quick to respond with, “So it’s a boy???!???” along with “means its a boy:))” and “definitely a baby boy!!!!”

What In The Cuteness Are These?!?!.... Our New Little Ones 1st Pair Of Shoes Designed By Their Daddy ❤️

This follows a post from just a few weeks ago that showed a teeny tiny pair of sneaks with the caption, “What In The Cuteness Are These?!?!…. Our New Little Ones 1st Pair Of Shoes Designed By Their Daddy ❤️”

Folks not only felt like the blue shoes with “DANGERUSS WILSON” on ‘em meant that a little Russell Jr. is on his way — they also wondered if Ciara’s use of the plural “little ones” was hinting at twins, or if she’s just not super keen on exact punctuation.

So many hints and so little time until the baby arrives!

Do you think Ciara is hinting at a baby boy, twins, or both? Let us know @BritandCo!