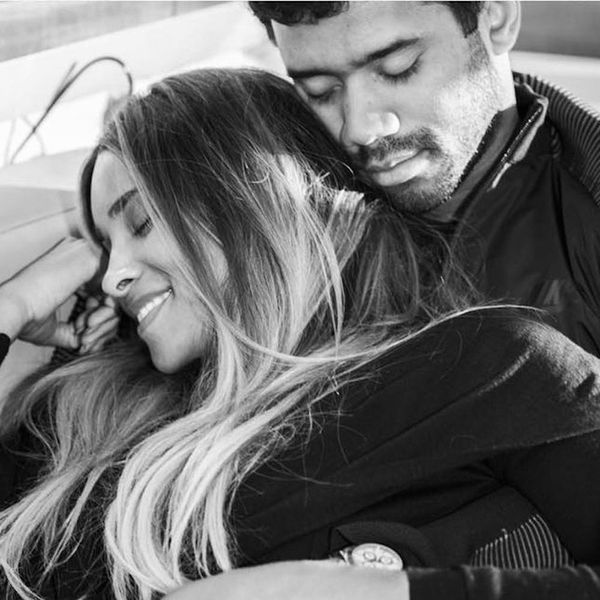 From some exciting baby news to the best birthday ever for Ryan Reynolds, check out six of today’s top news items below!

On this special Birthday I received an abundance of love from friends and family.. and I'm excited to Finally share one of the Greatest Gifts of All that God could give... 👶🏽🍼💃🏽☺️❤️

1. After a surprise wedding this summer (and finally getting past their pre-marriage celibacy vow), Ciara and Russell Wilson took to Instagram to share the news that they’re expecting their first baby together! “On this special birthday I received an abundance of love from friends and family,” Ciara wrote in the caption, “And I’m excited to finally share one of the greatest gifts of all that God could give.” The picture shows Ciara and Russell in a sweet embrace, with both of their hands resting on her belly. New baby Wilson will make Ciara’s two-year-old son Future Zahir a big brother.

2. Kim Kardashian was spotted filming with the KUWTK crew at Kanye’s LA show. Kim has been keeping an incredibly low profile since her terrifying Paris robbery, only being seen out of her home a handful of times. But last night, according to ET, she was spotted at Kanye’s LA show with Kourtney and her BFF Jonathan Cheban with a film crew (and a LOT of security) in tow. Both Kourt and Jonathan still kept Kim out of their Snapchats and Instagrams, however, as Kim is still not likely ready to make her return to social media. (Photo via @Jonathancheban/Snapchat)

3. Blake Lively and Ryan Reynolds went back to the place they fell in love for Ryan’s 40th birthday. Okay, dying of cute, guys. Blake went all out for Ryan’s big 4-0, bringing Ryan back to New York’s Japanese restaurant O Ya — the place they fell in love. “We fell in love at your restaurant in Boston. We stay in love at your restaurant in NY. Thank you for the BEST food and memories! You are our FAVORITE!! Another happy birthday with @vancityreynolds . Hey, Reynolds, I like you a whole lot. Just sayin.'” GUH. Can’t. Know who else can’t? Taylor Swift and Karlie Kloss, who were seen in the comments sob-emojing and claiming Blake and Ryan as “everything goals.” Just like us!

God is so merciful!!! Happy you're alive and safe @shirlenequigley 🙏🏿🙏🏿🙏🏿

4. Shirlene Quigley, backup dancer to many of your favorites, has been found safely after being reported missing. Shirlene, who has worked with Beyoncé, Missy Elliot, Rihanna and lots more, hadn’t been seen since early Sunday morning when Rihanna and Missy, among others, took to social media to ask for help finding her. People confirmed that Shirlene has been located and is safe and at an undisclosed medical facility in New Jersey. “God is so merciful!!!” Rihanna captioned a pic of the two after hearing the news. “Happy you’re alive and safe.”

5. This story about two Bachelor contestants who found love with each other instead is the best thing you’ll read all day. Megan and Tiffany met while both vying for the same man’s affections on the Bachelor Australia, but their deep love for each other has blossomed into a #goals-worthy relationship of its own. As Mashable points out, these two have been sharing adorbs Instagrams of each other for months, but recently describe their closeness as “friendship ripened into something bolder.” “She’s helped me to disintegrate many of the ideals I’ve had that were harmful (about relationships, about career and ‘stability’),” Megan wrote in this tear-jerking caption. “And for that I feel set free.” Best. Bachelor. Couple. Ever.

6. Quote of the day: “The next president will be able to make decisions about women, about their bodies, about how they are treated at work, on university campuses and at school, about how men treat women and about their rights as citizens…You have real power to decide the future of generations to come.” Emma Watson (who is a Brit and can’t vote in the election) urges women to do their homework and vote wisely for their very own future.

Do you think celebs have a lot of influence when it comes to public statements like this? Let us know @BritandCo.