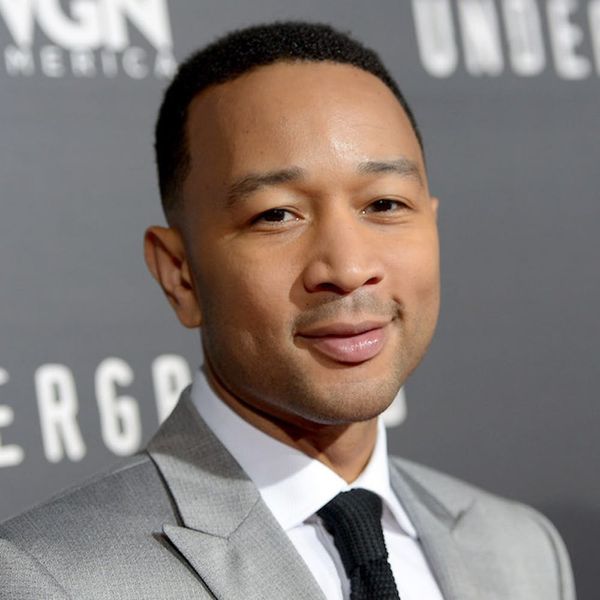 Who’s ready for a weekend? *Raises hand.* This week’s been a doozy, y’all. We saw outpourings of grief over violence in Dallas from a slew of celebs on social media, and Beyoncé performed a tribute to victims of police violence at a concert in Scotland. Check out six of today’s top news items below to take you into the weekend.

1. In a week of consecutive fatal shootings of black men by police officers — first Alton Sterling in Baton Rouge, LA, followed by Philando Castile in Falcon Heights, MN — five police officers were killed and six more were injured during a street protest against police violence in Dallas, TX last night. The suspects used rifles and were not part of the peaceful protest. John Legend, who often uses his social media presence to speak out on issues of injustice, was visibly and understandably angered, tweeting “These Dallas shootings are horrific. Killing these officers is morally reprehensible and completely counterproductive to keeping us safe.” He also added a super-important reminder that the vast majority of people involved in the movement to stop police brutality are NOT in favor of violence against police. Mandy Moore also voiced her frustration about last night’s tragedy, tweeting that the situation was “devastating and infuriating,” adding that she was at a total loss, as many likely feel in this moment.

Beyonce performs an a capella of her song 'Freedom' to pay tribute to all the lives lost by police brutality. pic.twitter.com/sVm76qmdSK

2. After penning a powerful call to action for fans to act in protest for Alton Sterling and Philando Castile yesterday, Bey projected a list of names of victims of police violence on screen at her show in Glasgow last night. She then performed an a cappella version of “Freedom,” creating a moment that was emotional and unforgettable. Watch it above.

Didn't think @chrissyteigen's snapchats could get any better but then SHE DRESSED BABY LUNA AS A MERMAID pic.twitter.com/mRUUcpsGxt

3. Chrissy Teigen’s daughter Luna is making an early play for North West and Penelope Disick’s mermaid squad. In a new Snap that is sure to elicit LOTS of squees, little Luna is shown dressed as the world’s cutest mermaid — yes, maybe cuter than North and Penelope! We shouldn’t be looking for a competition here, though, as it’s likely these three would make an awesome tailed trio. The teeny crocheted costume was a gift from Vita Coco, likely to celebrate their new partnership with Chrissy.

4. Kristin Cavallari continues to have the DREAMIEST family vacay. Kristin and the fam left town just before the Fourth of July long weekend, and based on the latest pics she’s put up on Insta, they crew is still enjoying some beachside R&R. “Jay. He loves selfies,” she captioned one sweet pic of her and hubby, punctuated with the cry-laughing emoji, which makes us think she might be being a little sarcastic. Another pic reveals an adorable mother-son moment between Kristin and her son Jax. Lying on a hammock, she writes “When my little man, Jax, actually stops for 2 seconds AND cuddles with me, I’m in heaven <3 #AlwaysOnTheMove.” So sweet!

Ciara & Russell Being Nasty On Snapchat. "So Baby You Know
What We're Doing Tonight"! LOL! pic.twitter.com/B9LDGrUyoV

5. Ciara and Russell Wilson are HILARIOUS in this Snapchat about consummating their surprise marriage. These two lovebirds surprised everyone with a surprise wedding ceremony in England this week, and now the two have taken to Snapchat to share some ~very personal~ post-nuptial details! Ciara and Russell had famously vowed celibacy until marriage, so they had some, um, celebrating to do. “So, baby, you know what we’re doing tonight,” Ciara said with a big smile on her face in one Snap. “From what we did last night, I’m gonna do it multiple times,” replied Russell. Get a room, you two! Oh, wait…

6. Quote of the day: “We wanna celebrate and have a party. And when we do you’re ALL invited!” Mel B. of the Spice Girls drops a MASSIVE hint at a reunion in this adorable video celebrating the 20th (!!!) anniversary of “Wannabe.” There’s no sign of Posh or Mel C. in the video, so could it be a new project? We’ll have to wait and see!

Would you go to a Spice Girls reunion concert even without Posh or Mel C.? Let us know on Twitter at @BritandCo!