16 Cookie Crust Pies You Won’t Be Able to Resist 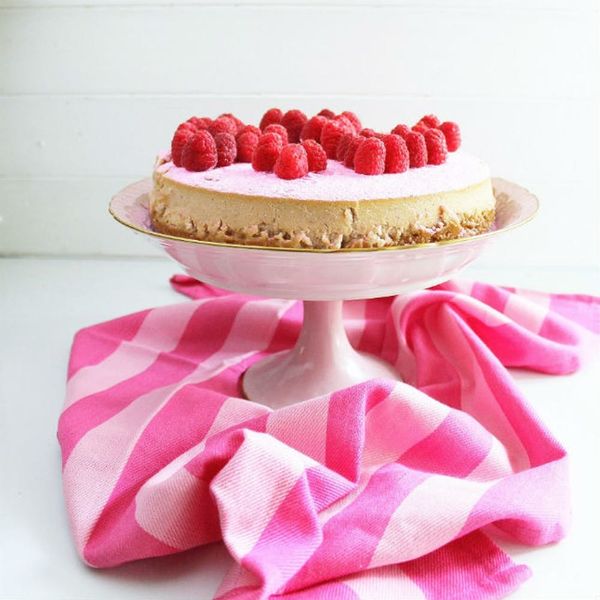 Pies aren’t the kind of dessert everyone feels comfortable tackling. There’s no shame in that. Luckily, there are many different ways to make a pie, including ways that forgo traditional pie crust ideas for something just as delicious. Introducing your new best friend: the cookie crust pie! Also known as icebox pie, this dessert usually reigns supreme as a summer pie due to their mostly no-bake nature, but there’s no law saying you can’t make these pies in cooler temps. Here are 16 icebox pie recipes you can make anytime you want.

You don’t need to a million dollars to whip together this no-bake pie with a crushed graham cracker crust. The pineapples and maraschino cherries remind of us sweeter times. (via Spicy Southern Kitchen)

This mint chocolate tart is like a grown-up peppermint patty. The grown-up part is due to its creamy filling that gets a boozy boost thanks to Bailey’s Irish Cream. Add as much as you like, adults! (via Lemons for Lulu)

This festive eggnog pie with a gingersnap crust is your solution to holiday potlucks. It looks impressive without requiring too much effort. (via Dangerously Delicious)

The sour lemon kick in this icebox pie will keep you coming back for more. It’s tangy, creamy and refreshing all in one bite. If you’re in a rush, use a store-bought graham cracker crust — we won’t judge. (via Spicy Southern Kitchen)

This cheesecake is down to party. The sugar cookie crust decorated with rainbow sprinkles is a delicious surprise that’s a twist on cheesecake’s usual graham cracker crust. Go the extra mile and garnish with a cookie. You know you want to. (via Baking Beauty)

This gorgeously creamy banana pie has a secret ingredient to keep bananas from browning: freshly squeezed orange juice! It’s a genius tip that we’ll use over and over again. (via Oh, Sweet Basil)

Ice cream cake is *so* out. Say hello to your new favorite cold dessert: ice cream pie! Biscoff cookies make for the best pie crust in this scrumptious dessert you’ll want to eat year-round. (via The Cookie Rookie)

This pretty-in-pink cheesecake is the dessert of your dreams. The pink raspberry goat cheese adds a tart and fruity flavor, and the golden Oreo crust will have you wondering why goat cheese-flavored Oreos aren’t a thing. (via Simply Beautiful Eating)

Just reading the name of this pie makes you feel fancy AF. This was probably Marie Antoinette’s favorite pie (they had Oreos, right?) and now it’s yours, too! (via Ambitious Kitchen)

Fall may be over, but nobody has to tell this scrumptious ice cream pie with a gingersnap cookie crust. Pumpkin pie just got a sweet makeover. (via Two Peas and Their Pod)

This clever version of the European staple is totally vegan, so no one has to miss out. That’s a huge win, because missing out on this pie made with a digestive cookie crust and a dulce de leche filling would be a true travesty. (via Oh, Ladycakes)

Though this pie may be simple to make, there’s nothing simple about the punched-up lemony taste and crunchy Nilla wafer crust. (via Brit + Co)

Rich chocolate stout elevates your favorite campfire treat. Invite the scouts over to share this fun dessert. (via The Beeroness)

Three grand ingredients join forces to form this winning trifecta pie. Dip a pretzel in peanut butter and melted chocolate or make this pie to see what we mean. (via Pretty Plane Janes)

Fresh mint is a game changer for this chiffon pie. It really helps balance the rich chocolate crust and creamy filling. No grasshoppers were harmed in the making of this pie, so dig in! (via Sugar Hero!)

Peanut butter and chocolate are the original celebrity power couple — sorry, Kimye! There was never a match more perfect, or more delicious, than in this cheesecake. (via Broma Bakery)
Samantha Simon
Dessert Recipes
Recipes
Dessert Recipes Pie Recipes
The Conversation
More From Recipes