Could Cat Tranquilizers Be the Future of Treating Depression? 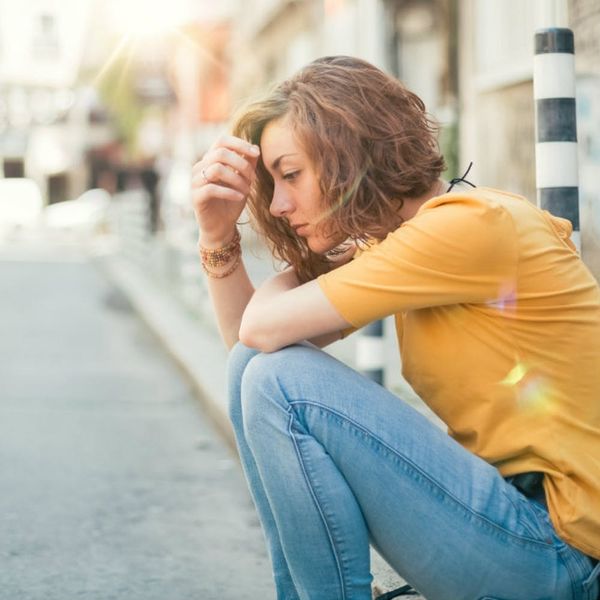 As awareness of mental health issues grows more widespread, women are still almost twice more likely than men to have depression. According to Mental Health America, around 12 million American women experience clinical depression every year, and at least one in eight women can expect to experience depression at some point in their lives. As a result, women are two and a half times likelier than men to be on antidepressants. People’s experience with these drugs varies widely.

There are a number of medical and alternative treatments for depression. But since 1987 when Prozac hit the market, followed in the early ’90s by Zoloft and Paxil and plenty of others since, many physicians have relied on Selective Serotonin Reuptake Inhibitors (SSRIs) to treat their patients.

SSRIs work in a more targeted way than other medicines by regulating serotonin, a mood-related hormone known to transmit signals between nerve cells. In general, history shows that SSRIs offer relatively fast, effective treatment to those struggling with moderate to severe depression — in one study, 40 to 60 percent of adults with moderate to severe depression experienced improvement within six to eight weeks.

However, SSRIs aren’t helpful for everyone, and some studies show they can even be dangerous. For example. those with mild depression may not see any improvement in their symptoms. And like most medications, SSRIs come with unwelcome side effects that, for some, might outweigh the benefits. Because of the way they interact with the brain, SSRIs commonly cause drowsiness, insomnia, weight gain, nausea, headaches, or even increased anxiety and depression.

Most troubling is that a third of people don’t respond at all to antidepressants. For this reason, scientists are searching for new, unconventional ways to treat depression as it grows. Could a common animal tranquilizer be the answer?

Enter Ketamine, a decades-old FDA-approved cat and horse anesthetic most commonly known for its illicit use and abuse as a hallucinogen. While the verdict is still out on many details, some clinical data shows ketamine can cause depression symptoms to disappear rapidly. Through ongoing intravenous treatment, ketamine has the potential to drastically reduce depression symptoms and suicide risk.

Right now, because of the small amount of clinical evidence of the potential for dangerous side effects — ketamine can cause heart malfunction and problems with cognition and respiration when it’s used illicitly — the drug is too problematic to be considered a mainstream treatment. Scientists do know, though, that regular IV infusions of ketamine can have dramatically positive effects on otherwise unresponsive depression.

NPR reports that some small studies show “ketamine often relieves even suicidal depression in a matter of hours in patients who have not responded to other treatments.” And according to The Archives of General Psychiatry, ketamine can even treat bipolar disorder: One small study demonstrated that bipolar individuals who did not previously respond to medication experienced relief from their symptoms in under an hour after an IV dose of ketamine.

Lisa Monteggia, who authored a ketamine study, told Time Magazine that ketamine’s use in treating depression could be a revolutionary finding because of how it works. Her team discovered that when ketamine blocks one specific receptor in the brain, it triggers a cascade of antidepressant effects.

“That precise placement may be key, because some other drugs that block the NMDA receptor haven’t shown antidepressant effects. We think that the specificity is what’s important to trigger this signaling cascade,” Monteggia told Time.

Though ketamine was first recognized as an option for depression treatment a decade ago, it’s only now beginning to be studied and used more seriously. Currently, dozens of American clinics offer ketamine treatment, and according to NPR, “a survey of providers in the US and Canada showed that ‘well over 3,000’ patients have been treated so far.”

Still, there is a lot of work to do in studying exactly how to use ketamine for the safest, most effective results. It has proven successful in a number of small studies, but there haven’t been any large-scale trials.

But scientists remain cautiously hopeful that ketamine could be a helpful tool in treating increased rates of depression going forward. “There’s warranted caution that’s balanced with an optimism that says we’ve never had a new medication for depression since the era of Prozac,” James Murrough, professor of psychiatry and neuroscience at the Icahn School of Medicine at Mt. Sinai in New York, told NPR.

In the meantime, we wait.

Do you think there should be more research into mental health treatment? Tell us your take @BritandCo!