This Is the Coolest Place to Get a Tattoo 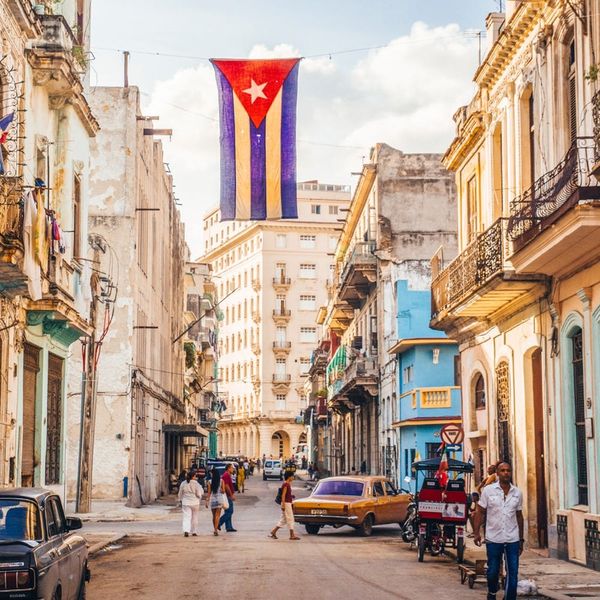 From artsy watercolor tattoos to symbolic minimalist ink, your options for body art are unlimited. Whether you opt to get a tattoo on vacation or head to your local trusted tattoo shop here in the US, your choices of WHERE to get inked are pretty much unlimited too. But for people looking to get a tattoo in Havana, Cuba, things are a little different.

The Cuban government only permits a little more than 200 private businesses to operate in the country, and tattoo parlors are NOT one of them. Which is why videographer and designer Allison Pottasch made this incredible short film about Ché Alejandro, an artist and owner of an underground tattoo shop that he’s running from his home in Havana.

The seven-minute documentary was directed and edited by Alex Mallis and Bryan Chang after Allison took a trip to Cuba in December, where she met Ché (not that Ché — the new one). The documentary gives you an inside look at Cuba’s culture and economy, which up until recently, has been off-limits to American tourists. It paints the picture of a country that is so far behind in technological advances, WiFi just became available to the public a few short months ago, and still far enough behind in freedoms that, Ché says, Cubans can’t truly choose their own destinies.

Ché walks you through the streets of Havana, giving first-person commentary on the struggles of Cubans, the road ahead for the country and the society of artists who are working to progress the nation, one beautiful tattoo at a time. For people interested in culture, art around the world or just tattoos, this short film is a definite must-see.

Kelsey Nelson
Kelsey Nelson is a born-and-raised Ohioan living life in South Carolina. She thrives at binge watching Netflix, contemplating what to order at the bar and running any trail or road she can get her feet on. In addition to being a Brit + Co contributor, she writes about southern pleasantries, DIY mishaps and more at North Living South. If she isn’t writing or running, she’s off adventuring with her husband Brad and their Lab/Dachshund mix, Gordy.
Artist
Travel
Artist Tattoos