Having Deeper Conversations Can Lead to a Happier Life 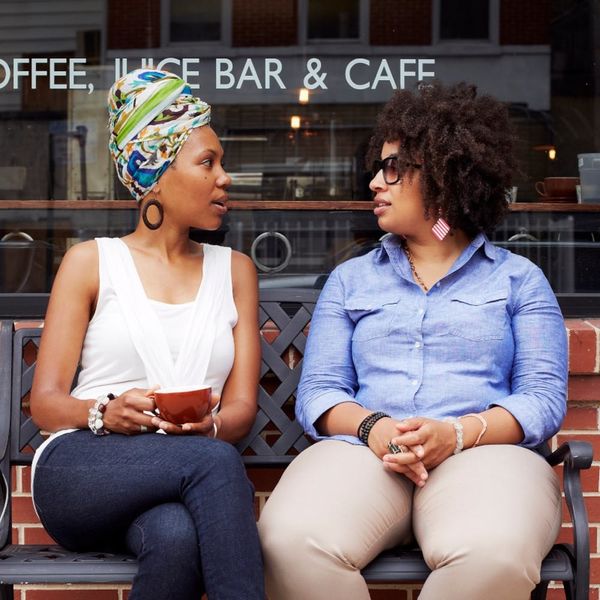 When was the last time you had one of those really important talks? You might want to try it tonight, since a new study has found that the deeper the subject matter of your conversations, the more satisfied you probably are with your life. Published in the journal Psychological Science, the research reexamined the findings of a study published in 2010. The 2010 study found that happier people spent 25 percent less time alone and talked 70 percent more than people who were less satisfied and that people who engaged in more small talk were less happy. However, it only looked at 79 people, and they were all undergraduate students at the same college.

These researchers wanted to see if they would get the same results when working with a larger group of people from different backgrounds. They took the original results for the 79 students, then added findings from three separate studies covering a total of 486 people, including breast cancer patients and their partners; recent divorcees; and people who were about to go on a meditation intervention. To examine the content of people’s daily conversations, they gave each participant an Electronically Activated Recorder (EAR) to wear for three or four days, depending on which study they were part of, from waking up to going to bed. The EAR would start recording without alerting the participant, either for 30 seconds every 12.5 minutes or 50 seconds every nine minutes. Study participants also had to fill in a Satisfaction With Life Scale, answering questions about their levels of happiness on a scale of one to seven, and take a Big Five personality test that measured Extraversion, Agreeableness, Conscientiousness, Neuroticism, and Openness to New Experiences. Here’s what all that listening-in proved.

Substantive Conversation Can Be on Any Topic

Researchers listened to all the recordings and decided first if the person was alone and second if any conversation picked up was small talk, substantive, or irrelevant (e.g., practical information or gossip). Dr. Matthias R. Mehl, a psychology professor at the University of Arizona who co-authored both studies, explained on the university’s website: “We define small talk as a conversation where the two conversation partners walk away still knowing equally as much — or little — about each other and nothing else. In substantive conversation, there is real, meaningful information exchanged. Importantly, it could be about any topic — politics, relationships, the weather — it just needs to be at a more than trivial level of depth.” In the study, the authors gave asking “How are you?” as an example of small talk, while substantive conversation could be talking about something that happened at work. (Luckily, the participants were allowed to listen to the recordings and delete any they wanted to keep private — phew!)

People — Even Introverts — Who Spend More Time With Others Are Happier

Next time you’re tempted to bail on dinner plans or skip calling your family, remember that being sociable is good for you. This study confirmed the earlier finding that people who spend more time with others tend to be happier. This was even true for introverts who typically draw their energy from alone time.

If you’re surprised by this, you’re not the only one. “We expected that personality might make a difference, for example that extroverts might benefit more from social interactions than introverts… and were very surprised that this does not seem to be the case,” said lead author Dr. Anne Milek, now a senior teaching and research associate at the University of Zurich. However, the researchers also noted that in this larger pool of participants the negative effects of spending time alone were less statistically significant than in the first study — so as long as you’re making time for those deep talks, it’s okay to acknowledge when you need a night in.

It’s not just how much you talk but what you talk about that seems to make you feel happier overall. In this respect, the new research backed up the results of the first study, finding a moderate correlation between having more substantive conversations and greater life satisfaction. Once again, this was true for all personality types. However, more research needs to be done to confirm the direction of cause and effect: Dr. Mehl pointed out that it could be that people who are happier tend to get into deeper conversations, while people who feel sad might be looking for lighter topics to talk about. Let’s hope more people are willing to have their conversations bugged in the name of science so we can find out!

But Small Talk Isn’t Bad for You

The main difference between the two studies’ findings was the impact of a lot of small talk on your levels of happiness. While the first concluded that people who took part in more small talk were more likely to be sad, the new study with a larger number of people found that all those trivial conversations aren’t particularly connected to being sad or happy.

Dr. Mehl explained that a helpful way to look at this result is to remember that while small talk isn’t good or bad for us, it’s a necessary part of conversation, since it leads to the chance to have those deeper, more probing talks later. “I think of it like this: In every pill, there’s an inactive ingredient, and it’s a nice metaphor, because you cannot have the pill without the inactive ingredient. We all understand that small talk is a necessary component to our social lives. You cannot usually walk up to a stranger and jump right into a deep, existential conversation because of social norms.” So keep making friendly chitchat with your coworkers at the coffee machine: It could lead to one of those life-affirming real talks further down the line.

Are you a small-talk expert or down to get deep? Tell us about it @BritandCo.