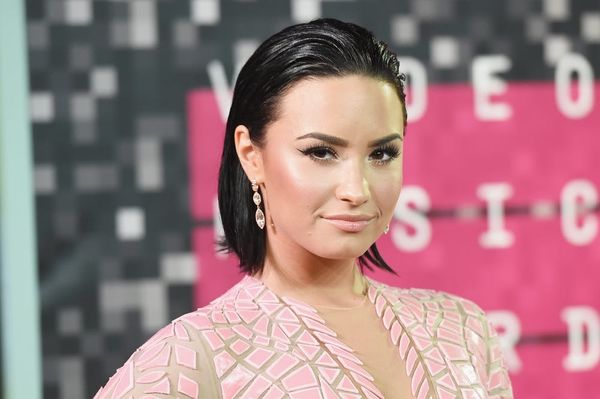 Demo Lovato is all about that self-care life. The singer sent herself a beautiful bouquet of roses and included a sweet note in an inspiring act of affirmation that we could all learn from.

“Cause sometimes you gotta send yourself flowers… #selflove,” Lovato captioned her Instagram Story pic of the massive arrangement of pink and white roses on Thursday, March 7. She also showed a heartfelt card that contained a mantra reminding her that she is enough.

“You’re beautiful, you’re loved, and you’re worthy of a happy and healthy life,” the note read.

Lovato posted the pic two days after several media outlets, including People, reported that she had broken up with her boyfriend of approximately four months, designer Henry Levy. The singer has not commented on the reports.

In any case, Lovato has faced several personal struggles over the past year, including a hospitalization for an apparent drug overdose last summer, just a few months after she celebrated six years of sobriety.

“I have always been transparent about my journey with addiction,” she said in a statement at the time. “What I’ve learned is that this illness is not something that disappears or fades with time. It is something I must continue to overcome and have not done yet…I look forward to the day where I can say I came out on the other side. I will keep fighting.”

The singer has remained relatively quiet on social media since, but she occasionally updates fans on her health and fitness routines (she has a blue belt in jiu jitsu) and recently shared her new tattoo — a single rose on the inside of her index finger.

Even before her hospitalization, though, Lovato was a vocal proponent of self-care. “Feeling better than I’ve ever felt. It’s all about self love,” she posted on Instagram in 2017. “Tell yourself you’re beautiful daily. Be gentle with yourself. Eat carbs without guilt and remember that life is too short to worry about what others think!”

RELATED: 17 Celebrity Quotes to Inspire You on International Women’s Day (Or Anytime)