10 Types of Bangs Every Woman Should Try 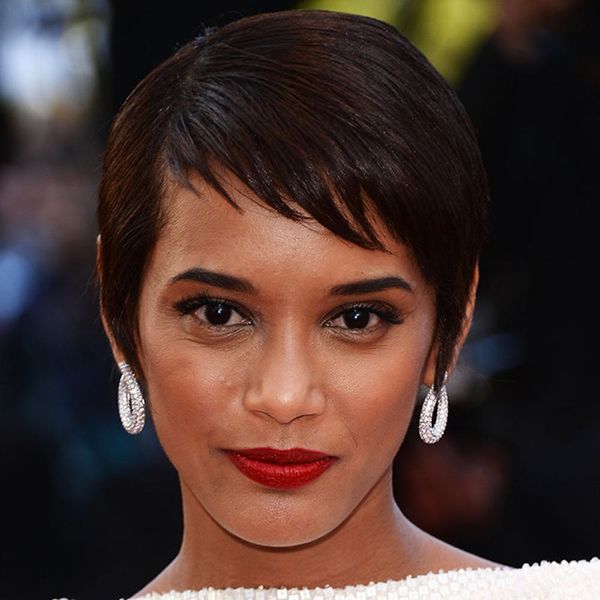 We've all thought about it, but few of us have dared to take the plunge. "Should I get bangs?!" is the question heard round the world and the answer is official — YES! Nick Arrojo, celebrity hairstylist and founder of ARROJO New York City salon, broke down 10 different types of bangs every woman should consider. Get ready for the best hair of your life. (Photo via Jon Kopaloff/Getty)
Short, Choppy Bangs: "Effortless, beachy hair pairs perfectly with short, choppy bangs," says Arrojo. "They create the ultimate lived-in look." (Photo via Randy Shropshire/Getty)
Blunt Bangs: "Go blunt or go home," the pro says. "Strengthen this sharp style with blunt, full bangs that create a cohesive, empowering look." (Photo via Axelle/Bauer-Griffin/Getty)
Side Bangs: "If you're going for an asymmetrical cut, a longer side bang that flows into the cut makes your hair look fuller, bolder, and longer," Arrojo suggests. (Photo via Jon Kopaloff/Getty)
Straight Across Bangs: "Adding a blunt, full bang to long, sleek hair is going to create dynamic contrast, as well as make the hair look even longer," he says. (Photo via Vera Anderson/Getty)
Center-Parted Bangs: "With long, layered hair, a center-parted bang will frame the face, creating a fuller, more voluminous effect," the NYC-based hairstylist explains. (Photo via Bravo/Getty)
Side Bangs: "A side bang can be the perfect touch to a textured bob, adding additional dimension to the look," he says. (Photo via Theo Wargo/Getty)
Grown-Out Fringe: "A piece-y, grown-out fringe is great for loose updos," Arrojo says.
Long, Feathered Bangs: "If you've got some form of a shag, you've got to get the bangs to match," he says. "Long, feathered bangs add to the edgy, disheveled look that this style calls for." (Photo via Andrew Toth/Getty)
Face-Framing Bangs: "If you have face-framing layers, you want your bangs to complement that look," he says. "Having your bangs flow right around your jawline sets up for the following layer." (Photo via Jeffrey Mayer/Getty)
Short Fringe: "Adding a short fringe to your pixie gives it more shape and movement, allowing you to add texture while styling," says Arrojo. (Photo via Venturelli/Getty)

Beth Wischnia
You can typically find this Texan writing, trying on a new lipstick, gabbing with her identical twin sister or volunteering at the local animal shelter. She finds inspiration from rosé, beauty products, Tex-Mex and cats.
Bangs
Hair
Bangs
More From Hair