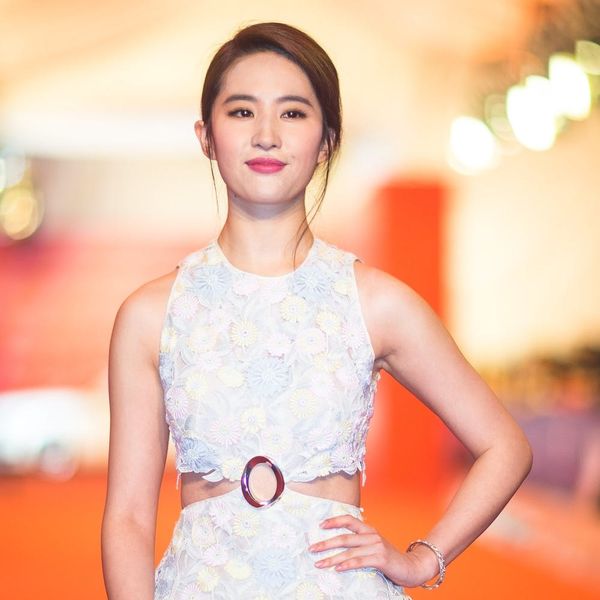 There’s no denying that we’re excited about the new live-action Mulan movie — despite the disappointing fact that it won’t include any of the original film’s sing-along songs. And now there’s even more reason to be giddy, because the remake’s lead actress has been announced — and we’re more than ready to meet her.

According to The Hollywood Reporter, Chinese actress, singer, and model Liu Yifei (or Yifei Liu), who is also known as Crystal Liu, will be stepping into the role of the girl who disguises herself as a man in order to take her ailing father’s place in the military.

The 30-year-old star is considered one of the most beautiful women in Chinese cinema, and is reportedly known as “Fairy Sister” in the industry because of her “sweet and delicate image.” Initially known for her television roles in China, she recently crossed over to the movie side of the biz, appearing in 2014’s For Love or Money and Outcast.

The live-action version of Mulan faced some backlash last year when accusations of “white-washing” cropped up. But Disney quickly addressed the controversy by assuring fans that the film would stay true to its original characters. And while we don’t know who else may have been cast so far, it seems like they intend to live up to that promise.

Though the film initially had a November 2, 2018, release date, Variety now says that those in charge are thinking about a possible 2019 release. We’re sure it will be worth the wait.

What do you think about Disney’s choice for the new Mulan? Let us know @BritandCo!