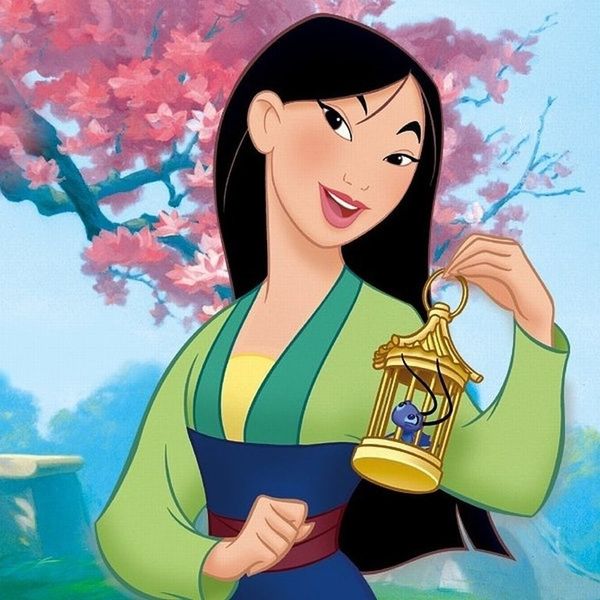 Now that we’ve been blown away by Beauty and the Beast (have you seen it yet!?) and gotten the scoop on what the original Mary Poppins, Julie Andrews, thinks of her replacement, we’re turning our attention to yet another Disney live-action remake in the works: Mulan.

Mulan has already seen its fair share of backlash after reports surfaced late last year that the film would be portrayed by white actors rather than staying true to the original flick’s Chinese roots. The rumors turned out not to be true, with a source for Disney saying that while white characters may be seen in the film, “Mulan is, and always will be the lead character in the story, and all primary roles, including the love interest, are Chinese.”

Now, in addition to its release date, we’ve gotten some more dirt on the film, and what we’re hearing is giving us some mixed feelings, indeed.

For starters, Disney did reportedly make good on its word, holding open casting calls to find its Chinese leads (similar to the ones currently being held for Aladdin). Additionally, Sean Bailey, AKA the president of the motion picture production at Walt Disney Studios, told Vulture that the film will be as authentic as possible, with the possibility of “working with collaborators in China.” Yay!

What’s more, Bailey says Mulan will be “a fresh take on female empowerment.” While the script (written by Jurassic World writers Rick Jaffa and Amanda Silver) will stay largely true to Fa Mulan’s journey, which sees her join the Chinese army disguised as a man in place of her father, Bailey says our girl will likely have a bit more “muscle” than we’ve seen in the past. “Mulan is clearly an empowered-female story, but we can also do something new in this reimagining, make it a little more muscular, stronger, with a touch of Ridley Scott,” he said. For those not in the know, Sir Ridley Scott is the mastermind director and producer behind Alien, Hannibal, and Blade Runner, to name a few, a fact that would lead us to believe Mulan might follow in the footsteps of The Jungle Book by adding a slightly darker-than-usual twist to the film.

Now for the bad news: Your favorite tunes from the original 1998 hit likely WON’T be included: In fact, as director Niki Caro confirmed to MovieFone, the film currently doesn’t include a single track — gasp! “From what I understand, no songs right now, much to the horror of my children,” she said. (Us too, guys. Us too). Though Bailey noted in the Vulture article that that aspect of the film could change, Caro says for now, it’s largely a “big, girly martial arts epic.”

Guess we’ll have to wait and see if we’ll get to sing along to “I’ll Make a Man Out of You” or not when it hits the big screen on November 2, 2018.

What do you think about the possibility of Mulan with no songs? Share with us @BritandCo.

Nicole Briese
Nicole is the weekend editor for Brit + Co who loves bringing you all the latest buzz. When she's not busy typing away into the wee hours, you can usually find her canoodling with her fur babies, rooting around in a bookstore, or rocking out at a concert of some sort (Guns N' Roses forever!). Check out all her latest musings and past work at nicolebjean.com.
Disney
Movies
Disney Music