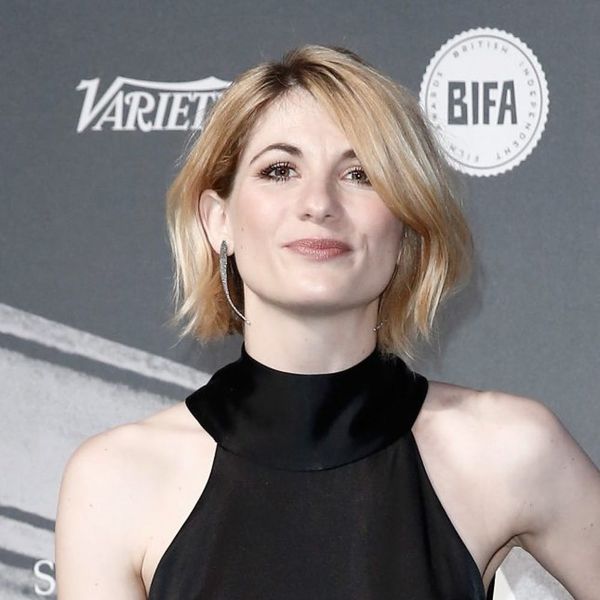 With news blowing up that the 13th Doctor would be Broadchurch star Jodie Whittaker, fans have firmly been in two camps: Some have been mega excited about the news that the iconic character would finally be played by a woman, while others have not been so happy. For her part, Whittaker had the best response to any fans who might be worried about the role her gender may play in her ability to be The Doctor.

In an interview with the BBC, the star shared her thoughts about being the first woman in the role, saying, “It feels completely overwhelming, as a feminist, as a woman, as an actor, as a human.” As for fans of the show who are worried or upset that their favorite Gallifreyan will now be a woman, Whittaker said, “I want to tell the fans not to be scared by my gender. Because this is a really exciting time.”

Outgoing Doctor Peter Capaldi cosigned the casting, saying, “Anyone who has seen Jodie Whittaker’s work will know that she is a wonderful actress of great individuality and charm. She has above all the huge heart to play this most special part. She’s going to be a fantastic Doctor.”

While fans will have to wait until Christmas to get their first look at Whittaker when she regenerates during the annual Doctor Who Christmas Special, fans will have time to get used to the idea and prepare for an epic new season of the show.

Will this casting get you to tune in to Doctor Who? Tell us @BritandCo!